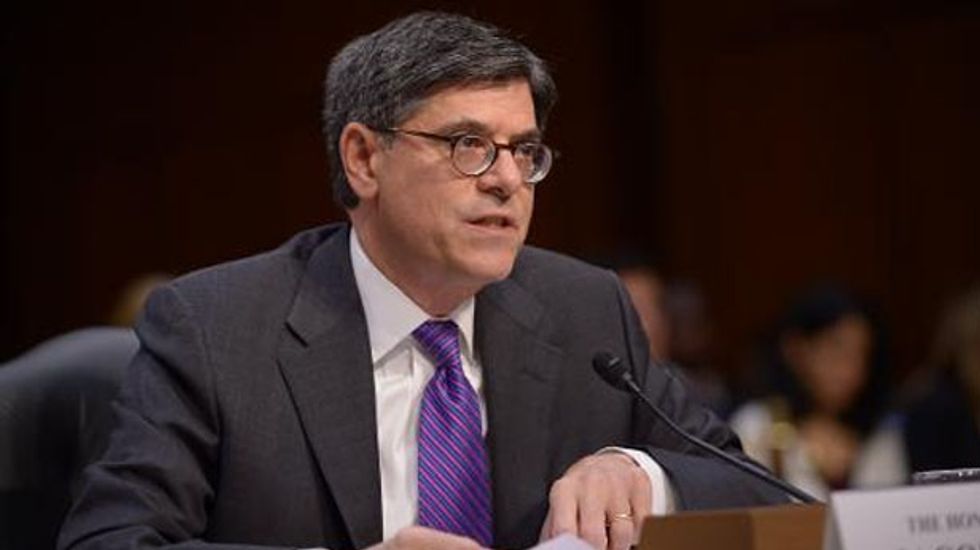 The US Treasury says that from October 17 it will not have enough cash on hand to pay its bills unless the Congress increases the $16.7 trillion cap on its power to borrow more money.

Treasury Secretary Jacob Lew says it will have only $30 billion on hand, no more "extraordinary measures" -- wiggle room beneath the debt cap -- and a monthly income shortfall of around $60 billion.

The Treasury will not -- or can not -- say precisely when it expects to default on any obligation.

The Bipartisan Policy Center, a Washington think tank, says it will happen between October 22 and November 1, though this could be extended by "a couple days" if the government shutdown continues.

Nor will the Treasury say how, if it runs short of money to pay the bills, it might prioritize one type of obligation over another to minimize the damage.

If could face the choice, for instance, of not paying interest on US debt, which could shock global markets, or of not paying US retirees, who depend on monthly checks to survive.

Here is what happens:

It continues to receive tax and other revenue, so it can continue to pay most of its obligations, but revenue varies from day to day, making it difficult to pin down when exactly it will run out of cash.

Analysts believe the Treasury is unlikely to miss any payments on Thursday, but from that day the risk mounts.

October 22: The independent Congressional Budget Office and the BPC both say this is the first day the government might be unable to pay all of its bills, though no major payments are due on this date.

October 23: The government must issue checks for $12 billion in social security benefits, according to the BPC.

October 24: The Treasury needs to roll over around $93 billion in debt. Although this won't have any immediate extra costs, the long-term cost could be higher if the ceiling has not been increased.

October 31: The Treasury has to pay out $6 billion in interest on government debt, as well as roll over $115 billion in bonds.

November 1: The government has to pay out over $55 billion in Medicare payments, social security benefits; and pay and benefits for members and retirees from the military.