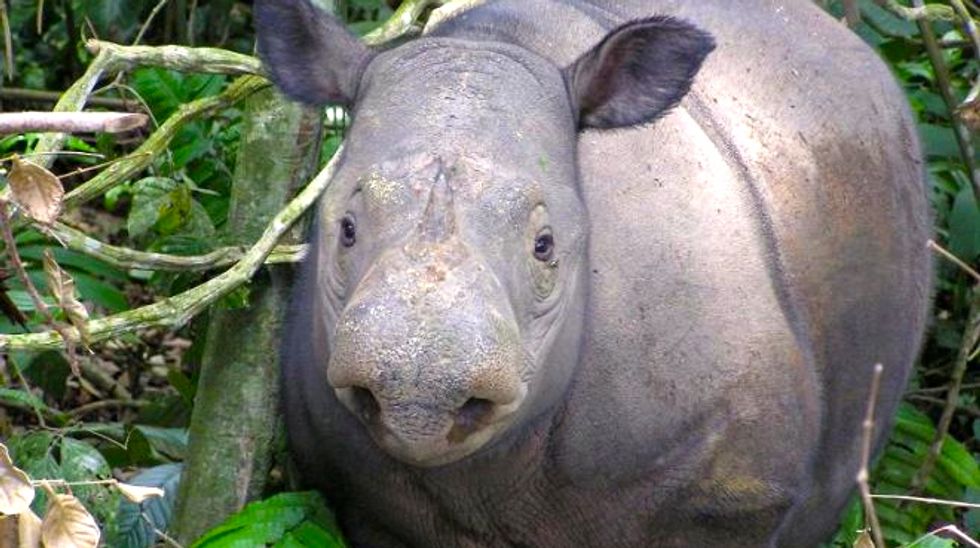 Hidden cameras have captured images of the critically endangered Sumatran rhino on the Indonesian part of Borneo island, where it was thought to have long ago died out, the WWF said Wednesday.

The footage, filmed on June 23, June 30 and August 3, is believed to show different rhinos although the WWF said confirmation of this will require further study.

There were once Sumatran rhinos all over Borneo but their numbers have dwindled dramatically and they were thought to now exist only on the Malaysian part of the island.

But the research disclosed Wednesday, a joint effort between the WWF and authorities in Kutai Barat, shows that the animal is still present on the Indonesian side of Borneo.

Borneo is the world's third-largest island and is shared between Indonesia, Malaysia and Brunei.

“This physical evidence is very important, as it forms the basis to develop and implement more comprehensive conservation efforts for the Indonesian rhinoceros,” said Indonesian Forestry Minister Zulkifli Hasan.

“This finding represents the hard work of many parties, and will hopefully contribute to achieving Indonesia's target of three percent per year rhino population growth.”

He urged officials and environmentalists to try and come up with a scientific estimate of the remaining Sumatran rhino population in Indonesian Borneo.

The research was unveiled at the start of an international meeting on efforts to protect rhinos in Bandar Lampung on Indonesia's western island of Sumatra, with governments from Bhutan, Indonesia, India, Malaysia and Nepal represented.

There are estimated to be fewer than 275 Sumatran rhinos remaining in the wild, according to the International Union for Conservation of Nature (IUCN).

There are only a few substantial populations still in existence, most of them on Sumatra.

Poaching is considered the main reason for the dramatic decline in numbers, with the rhino's horn and some of its other body parts considered highly valued in traditional Chinese medicine.