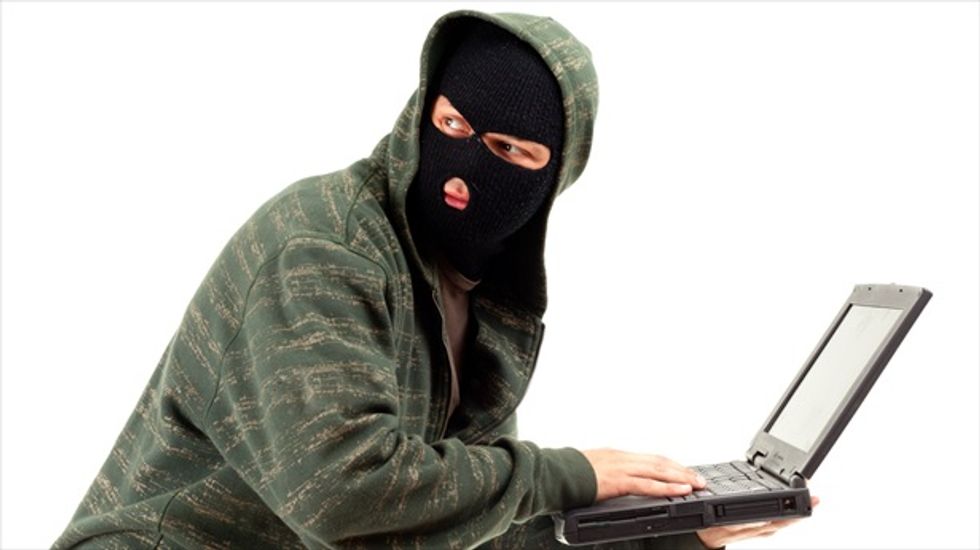 'Criminal In Dark Clothes And Balaclava With The Laptop' [Shutterstock] http://tinyurl.com/otf3py3

Officials at six California hospitals are warning patients enrolled in Medicare to watch out for scams after two laptops containing 729,000 patients' records and personal information were stolen, KCBS-TV reported on Tuesday.

The theft at the offices of AHMC Healthcare Inc., which runs the affected hospitals, reportedly took place on Oct. 12 but was not discovered until two days later. A company spokesperson told KCAL that there has been no indication the information contained in the laptops -- which includes patient names, procedure and diagnosis records and Medicare and insurance identification numbers -- has been accessed.

KABC-TV reported that the laptops were taken from an AHMC billing office in Alhambra, California. Local police told KABC they have identified one suspect, described as a "well-known transient."

"He had a girlfriend that used to work in that building, and they had had their differences in the past," a police spokesperson told KABC. "That's how we think that he knew where to go."

One local security expert, Mari Frank, also told KCBS patients should be wary of being targeted by other kinds of scams.

"They might say, 'Well, I have your Social Security number, we just need to find out your bank account number,'" Frank explained. "Don't buy into it at all, 'cause all sorts of scams come up from that as well."

[Image: "Criminal In Dark Clothes And Balaclava With The Laptop" via Shutterstock]