Iran calls for 'terrorist' rebels to be expelled from Syria 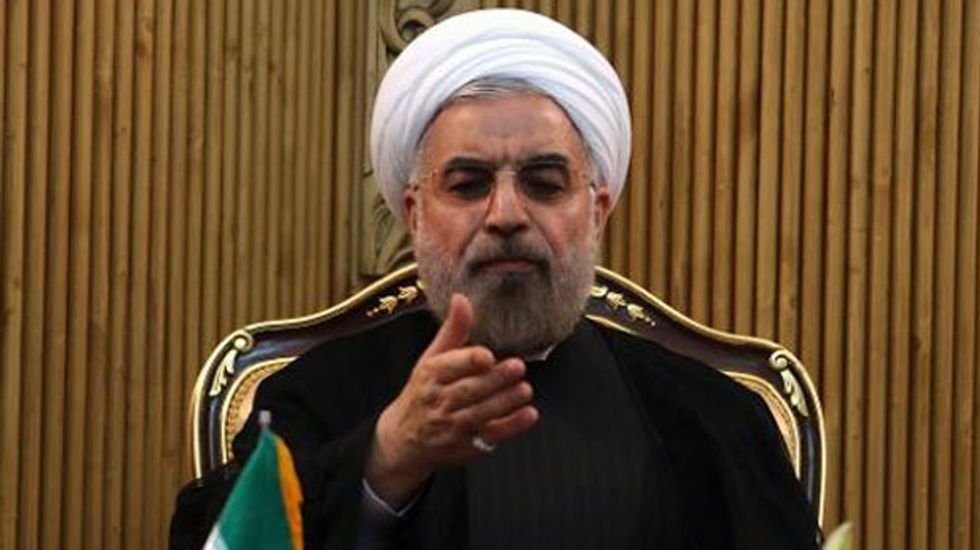 Iranian President Hassan Rouhani told visiting UN-Arab League envoy Lakhdar Brahimi Sunday that part of a solution to the Syria crisis is to expel "terrorist groups" from that country, a report said.

"Iran believes that by continuing humanitarian aid, preventing the entry (and) expelling terrorist groups from Syria and the complete destruction of chemical weapons will be first important steps for achieving stable peace in Syria," Rouhani said in comments reported by the official IRNA news agency.

Brahimi is on a Middle East tour to garner support for a planned peace conference next month in Geneva between regime and rebel representatives.

Rouhani said a major obstacle to resolving the Syria crisis was lack of consensus among regional and international players.

"The first problem is division among the Syrian opposition, the presence of terrorist groups between them... and the lack of consensus among Syria's neighbouring countries and world's major powers," he was quoted as saying.

He added: "Iran is ready to play a positive role in any movement that would contribute to stability in Syria, and it makes no difference whether this effort is called Geneva II conference or anything else."

The so-called Geneva II conference has been repeatedly postponed amid wrangling among the Syrian opposition, and a dispute over which countries, including Iran, should participate.

Brahimi said in Tehran on Saturday that Iran's participation is "natural and necessary".

But he stressed that no invitations had yet been sent out for the proposed international peace conference which the United Nations hopes to organise for late November.

Prospects for the initiative appear dim as the fractured Syrian opposition has yet to decide whether to attend and as Assad has said the "factors are not yet in place" for a conference.

The conflict has killed more than 115,000 people since it erupted in March 2011, when a government crackdown on peaceful protests escalated into civil war.