Italy shipwreck rescuer: 'The worst was having to choose who to save, knowing that the others would drown' 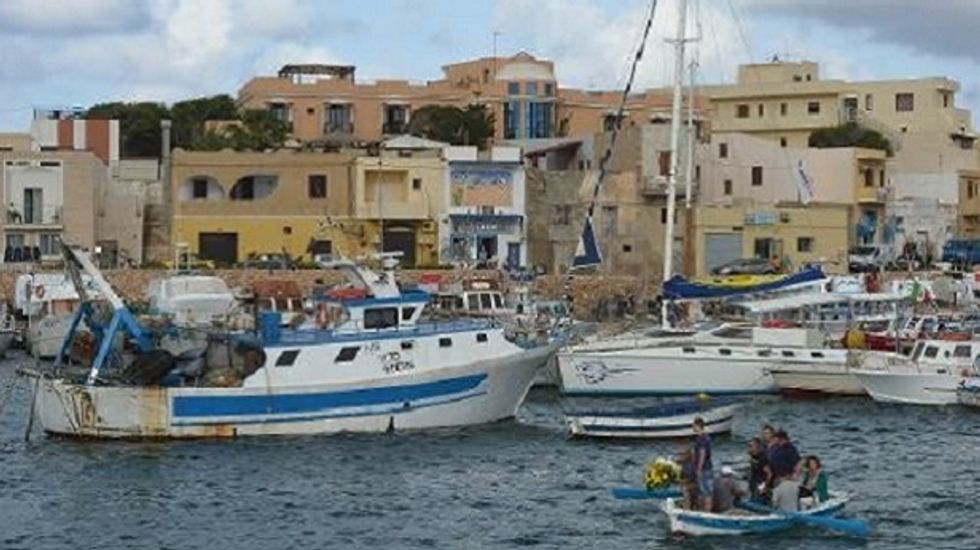 AFP - Marcello Nizza was on a night-time fishing expedition off the Italian coast when he heard screams from the water in the darkness.

"Suddenly, it was hell," Nizza said, still shaken by the shipwreck tragedy in the early hours of Thursday off the island of Lampedusa in which 300 African asylum-seekers are feared dead.

"The worst was having to choose who to save, knowing that the others would drown," he said Saturday.

Nizza said he and his seven shipmates began hauling survivors -- naked and slick with the fuel oil spilling from their sinking boat -- onto their boat at 6:30 am (0430 GMT) and called the coast guard at 6:45 am.

Looking haunted, the tourist said it then took the coast guard around 45 minutes to arrive even though the wreck was within sight of the shore.

That accusation echoes similar ones from others who helped save drowning migrants and say the rescue effort was hindered by delays and a law against illegal immigration.

The coast guard disputed the claim that they took 45 minutes to arrive, saying they received a first call only at 7:00 am and were on the scene 20 minutes later.

Nizza also said that when his fishing boat, the Gamar, returned to port with 47 survivors, the coast guard prevented him from going out again, saying he had to have official permission.

"I could have saved more if help had come in time and if they allowed us to go out again instead of waiting for the protocol from Rome," he said.

Coast guard spokesman Filippo Marini said there was no "protocol" required but that the coast guard did have to coordinate rescue operations involving official and private vessels.

"Otherwise there would be chaos," he said.

There were also questions about why a boat so close to shore was not spotted by radar.

Rosario Crocetta, the regional governor of Sicily, who was on the island after the shipwreck, said: "Where was Frontex on Thursday morning?" -- referring to the European Union's border service.

"Do they not have a radar? Is it plausible no one saw this boat?" he asked, adding: "What kind of monitoring do we have if we only find people when they are dying, if we do not have enough radars?"

Lampedusa mayor Giusi Nicolini meanwhile said that a widely criticised law against people seen as facilitating illegal immigration may also have put off private citizens from coming to the rescue.

"The fishing boats left because our country has taken to court fishermen and ship owners who saved lives and were accused of favouring illegal immigration," Nicolini told reporters earlier.

"The government has to change these inhuman norms."

One jarring aspect of the law is that the 155 survivors -- like all irregular migrants in Italy until asylum is granted -- are formally considered suspects for the crime of "clandestinity".