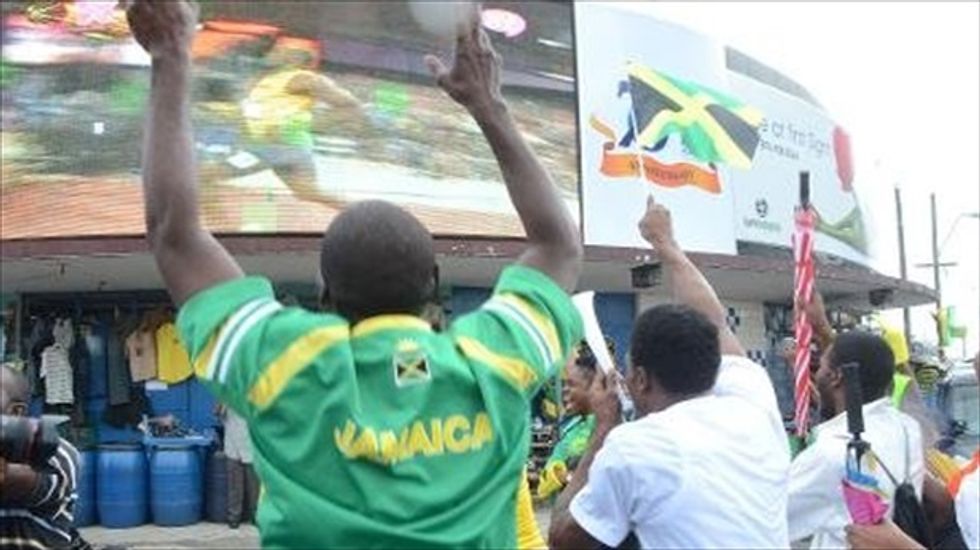 People watch sprinter Usain Bolt win the 100m final at the 2012 Olympics in London on a giant screen in the Jamaican capital, Kingston on Aug. 5, 2012. [AFP]

Fears of Jamaican athletes been barred from taking part in international track and field events have been allayed following a two day extraordinary audit of the island?s drug testing policies by the World Anti-doping Agency (WADA) that ended on Tuesday.

While the results of the audit on the Jamaica Anti-doping Commission (JADCO) will not be known for maybe another two weeks reports coming out of the government are that there has not been any talk of Jamaica being declared non-compliant as has been threatened by WADA's director general, David Howman in an interview published in a British news paper recently.

It's believed the report on the audit will not be published until after the World Anti-Doping Conference in Johannesburg, South Africa, which takes place from November 12 to 15.

Reports in Jamaican media on Wednesday quoted Jamaica?s Minister responsible for Sports Natalie Neita-Headley as saying the WADA team made no mention of JADCO being non-compliant.

Describing WADA's consultations with JADCO's board of directors as non adversarial, the minister added that the testing and education programmes will also be addressed as they move to improve and strengthen JADCO's operations.

Meanwhile JADCO will be moving to fill nine vacant posts at the anti-doping agency the Minister also said.

The audit was to have encompassed a variety of areas including JADCO?s drug testing program, staffing, governance, education program and status of current positive tests after a total of seven Jamaican athletes, including five from track and field -- including former men's 100 metres world record holder Asafa Powell -- failed drug tests this year.

The agency was invited to look into the claims by the Office of the Jamaican Prime Minister.