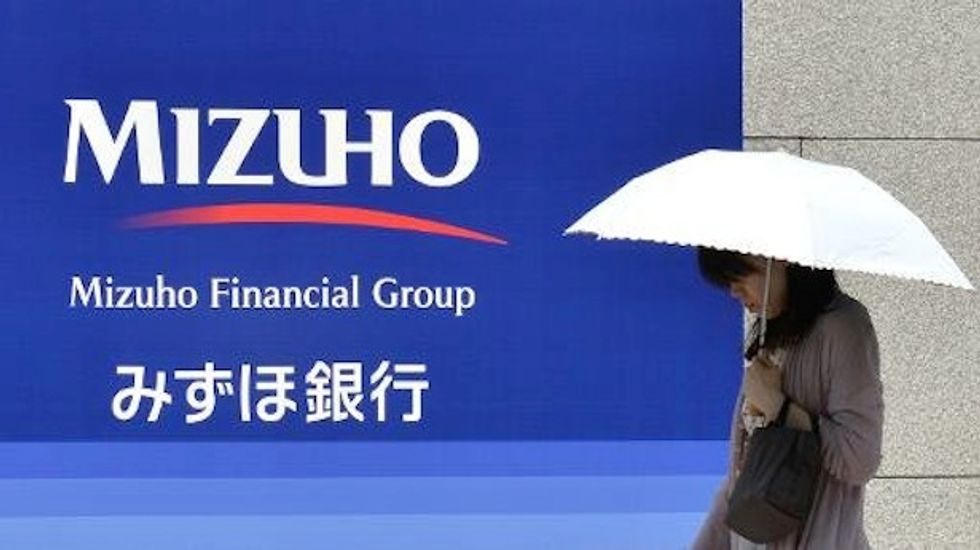 Japan's financial watchdog said Tuesday it would probe the country's top three banks in the wake of a loans-to-mobsters scandal that has scarred the reputation of major lender Mizuho.

Jiji Press news agency said the widening investigation would probe a range of issues including the banks' risk management systems, while Japan's finance minister said earlier Tuesday that the watchdog must do a better job in weeding out corporate misdeeds.

The scandal has made headlines for weeks in Japanese media, and reportedly sparked a police investigation into corporate ties with organized crime.

The widening regulatory probe comes a day after a panel of lawyers hired by Mizuho to look into its links with organized crime said bank executives knew it was doing business with gangsters but failed to stop the practice.

"Many officials and board members were aware of, or were in a position to be aware of, the issue," said the panel's 100-page report.

"However, they failed to recognize it as a problem, believing that the compliance division ... was taking care of it."

Mizuho has been under fire since it emerged last month that it processed hundreds of loans worth about $2 million for the country's notorious yakuza crime syndicates, which are involved in activities ranging from prostitution and drugs to extortion and corporate crime.

Finance Minister Taro Aso on Monday slammed the Mizuho transactions as a "huge problem", and said the bank's initial -- and incorrect -- claims to regulators that executives knew nothing about the shady loans was "the worst thing a bank can do".

On Tuesday, Aso took aim at the FSA, saying that "we have to improve what we are supposed to be doing." His comments were in response to questions about the watchdog's handling of the high-profile case.

Mizuho has submitted its own report to regulators, and said Monday that 54 former and current executives would be punished, including Mizuho Bank chairman Takashi Tsukamoto. He will step down from his post but stay on as head of the parent company.

Mizuho Financial Group chief executive Yasuhiro Sato -- who has acknowledged he was in "a position to be aware of" the loans but refused to quit -- will work without pay for six months. Other managers would also take wage cuts.

"I apologize sincerely ... The problem was that we weren't aware or sensitive enough to loans that were being done by an affiliate company," Sato told a press briefing in Tokyo this week.

He also said the bank will invite a former judge of the Supreme Court as an external board member to beef up compliance.

The panel's report Monday called on Mizuho to overhaul its compliance department, noting that the transactions were made via a complicated scheme involving the affiliate firm.

Like the Italian mafia or Chinese triads, the yakuza engage in activities ranging from gambling, drugs, and prostitution to loan sharking, protection rackets, white-collar crime and business conducted through front companies.

The gangs, which themselves are not illegal, have historically been tolerated by the authorities, although there are periodic clampdowns on some of their less savoury activities.