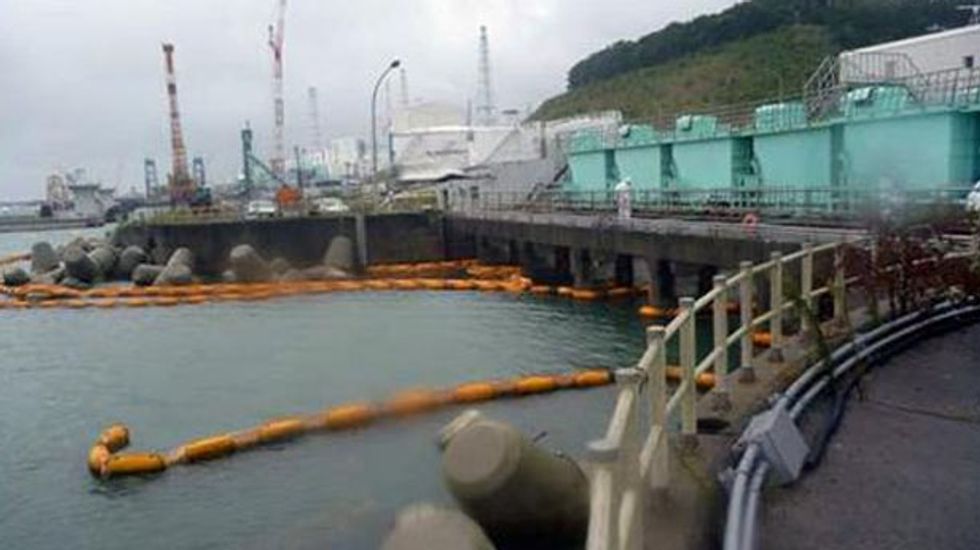 Japan's nuclear watchdog on Monday urged "bold and drastic" action to fix problems with radioactive water at Fukushima, as it warned of the growing risks over coming months.

Shunichi Tanaka, chairman of the Nuclear Regulation Authority, told the president of operator Tokyo Electric Power (TEPCO) that no expense should be spared in getting to grips with the water leaks that have beset the plant over the last half-a-year.

He also told Naomi Hirose that the removal of spent nuclear fuel rods from a cooling pool, which is due to begin next month, would be a difficult and complicated task.

Tanaka urged Hirose to "carry out bold and drastic reforms and make a long-term plan that can reduce uneasiness," according to Katsuhiko Ikeda, secretary-general of the authority, who also attended the meeting.

In particular Tanaka asked the company to send more engineers to the plant and update facilities there "without sparing money", Ikeda told reporters.

TEPCO is battling to clean up the mess caused when reactors went into meltdown after the March 2011 tsunami struck and knocked out cooling systems.

Thousands of tons of water, used since then to cool reactors or polluted after picking up radioactive material, is being stored in huge storage tanks at the site on Japan's northeast coast.

A series of setbacks including water leaks that have carried radioactive water into the Pacific Ocean have rocked confidence that Asia's largest utility can tame the world's worst atomic disaster since Chernobyl.

The company has been lambasted as hapless in its efforts, with one government minister saying its efforts are akin to someone playing "whack-a-mole".

Tanaka said TEPCO must make greater efforts to reduce radiation levels at the plant so workers would be able to operate more freely, unencumbered by heavy protection equipment.

"The priority is knowing whether the firm can actually do it or not," Ikeda quoted him as saying. "I would like them to show results."

In reply, Hirose vowed to secure the necessary personnel at the plant and improve the working environment by further decontaminating the site.

Tanaka also urged TEPCO to exercise the utmost caution when it starts taking used nuclear fuel rods from a cooling pool at Reactor No.4.

In what is widely acknowledged to be the trickiest operation since the overheating reactor cores were stabilized in December 2011, TEPCO plans to take more than 1,000 fuel assemblies (bundles of rods) from the pool using a crane.

The assemblies must be moved one at a time and have to be kept in water to prevent them from spontaneously heating up.

"Once a problem occurs, the risks will grow," Tanaka told the TEPCO chief, according to Ikeda. "I would like you to do it very carefully."

Hirose said he was fully aware of the possible dangers surrounding the operation, saying the firm would closely work with expert companies on site.

The full decommissioning of Fukushima is likely to take decades and include tasks that have never been attempted anywhere in the world, such as the removal of reactor cores that have probably melted beyond recognition.

Meanwhile, villages and towns nearby remain largely empty, their residents unable or unwilling to return to live in the shadow of the leaking plant because of the fear of radiation.