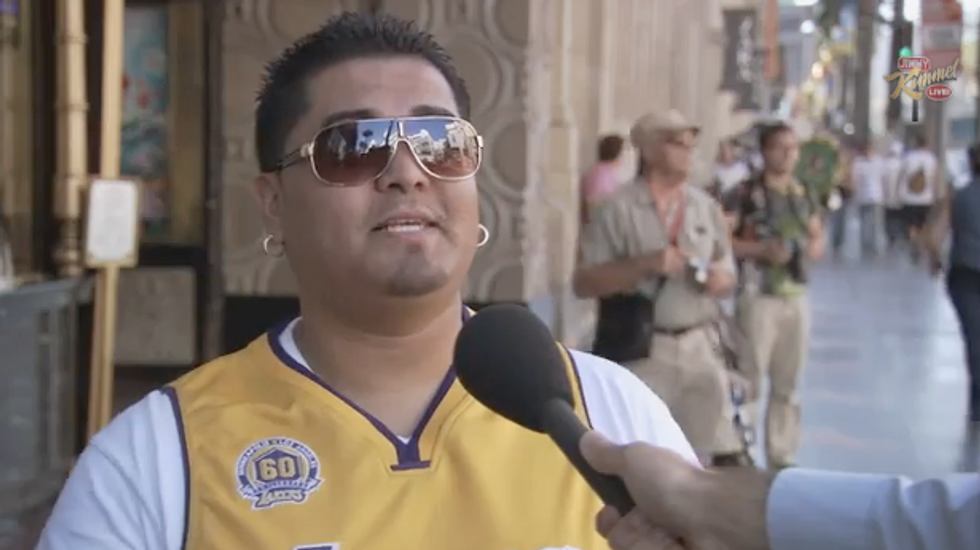 An unscientific poll conducted by Jimmy Kimmel Live found that Americans view the Affordable Care Act and Obamacare very differently, despite their reference to the same law.

“Interestingly, the polls show that most Americans don’t like Obamacare but they love what’s in it when it all gets broken down,” said Kimmel, who hosts the ABC-TV program. “It’s like the opposite of a McNugget.”

The talk show host sent a camera crew out to speak to random pedestrians on Hollywood Boulevard to gauge their reactions to the health care reform law’s proper legislative name and the derogatory nickname that’s been embraced by President Barack Obama for his signature domestic accomplishment.

As it turns out, the Americans shown in the segment Monday night view Obamacare as poorly conceived and compulsory, while they see the Affordable Care Act as, well, more affordable.

“The name says it all,” said one man wearing a Los Angeles Lakers jersey.

Another man explained his reasons for supporting the Affordable Care Act, but not so-called Obamacare.

“It’s nice everyone can afford it and everyone should be able to afford it, but to force people to pay something and then doctors to make something, limiting their ability to do their job, that’s kind of anti-American,” the man said. “(ACA) is more American because it allows people to make their own choices about what they want and who they want to work with.”

One woman said she supported ACA but feared Obamacare would eventually lead to gun prohibition.

The only black man shown during the four-minute segment was also the only person who supported Obamacare over ACA.

“(ACA) is not really available for all,” said the man, lifting his eyebrows conspiratorially.

A recent CNBC poll found many Americans had a strongly negative reaction to Obamacare, a term first used by Mitt Romney in a March 2007 speech, although the informal name was slightly more popular than its legislative term.