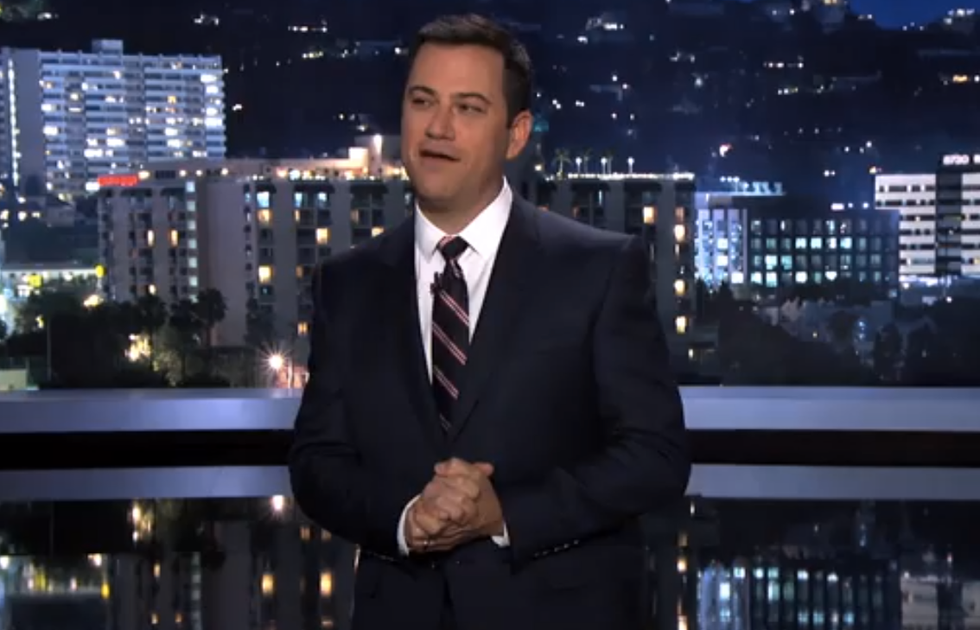 Monday night on "Jimmy Kimmel Live," host Jimmy Kimmel marveled that anyone could be so gullible as "Fox and Friends" Saturday morning host Anna Kooiman, who cheerfully parroted a news item from a satirical website as if it were actual news.

Kooiman and her Saturday co-hosts were doing a segment about the Republican Party offering to fund the World War II memorial in Washington so that veterans of that war can enjoy it.

"The Republican National Committee is offering to pay for it to keep it open so that the veterans from Honor Flight are going to be able to go and see this because who did it honor? It honored them,” Kooiman said. “It really doesn’t seem fair, especially -- and we’re going to talk a little bit later in the show too about some things that are continuing to be funded. And President Obama has offered to pay out of his own pocket for the Museum of Muslim Culture out of his own pocket, yet it’s the Republican National Committee who’s paying for this.”

That story, of course, was a hoax.

"Obviously, you know," Kimmel said Monday, "President Obama did not offer to fund the Museum of Muslim Culture himself. It was a joke, but it got them so excited they couldn't help themselves, they had to report it."

"The other story on that website was 'Jesus Christ boycotts Hobby Lobby,'" he noted.

"How gullible are the producers at Fox News?" Kimmel asked, then enlisted the aid of sidekick Guillermo Díaz Rodriguez, who called the network to plant a story about President Obama urinating on an American flag with hilarious results.

Watch the video, embedded below via "Jimmy Kimmel Live":