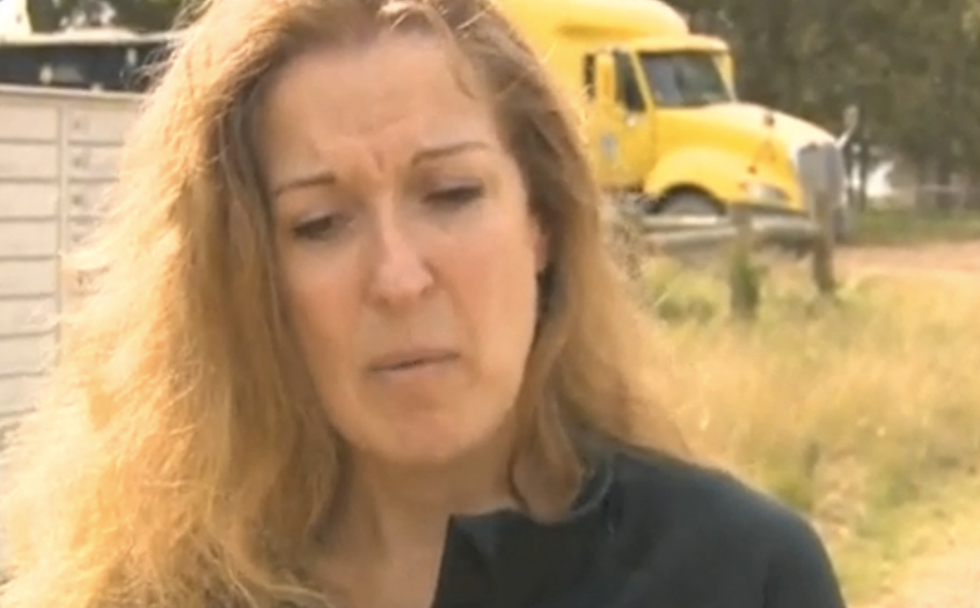 An estimated 17,000 gallons of crude oil gushed from a leak in a Texas pipeline this week, fouling a rural area and two livestock ponds near the town of Smithsville. According to the Austin American-Statesman, authorities notified the Koch Pipeline Company on Monday afternoon that one of its pipes near Smithsville had ruptured.

The company took the pipeline out of service and began the cleanup process of approximately 400 barrels of oil. KVUE reported that Koch Pipeline released a statement reading, in part, "The proper state and federal agencies have been notified. The cause of the release is currently unknown."

The spill was detected during a routine aerial inspection of the area. Residents said that the commotion has been constant since Monday with planes flying over and trucks driving in and out. Cleanup workers had to cut a new road through the woods to reach the site of the spill.

Kiley Kroh at Think Progress wrote, "According to its website, Koch Pipeline Company, L.P. is an indirect, wholly owned subsidiary of Koch Industries, Inc., the company controlled by billionaire petrochemical giants Charles and David Koch. Koch Industries has also come under fire recently for dumping petroleum coke, a byproduct of tar sands refining, along river fronts in both Detroit and Chicago."

Watch video about this story, embedded below via KVUE News:

Gov. Ron DeSantis will resist testifying in Andrew Warren’s legal challenge to the governor’s order suspending him as the elected state attorney for Hillsborough County, according to a pretrial report issued in the case.


U.S. District Judge Robert Hinkle released the report, a summary of where the case stands, on Tuesday. It sets deadlines for filing motions and completing depositions in the lawsuit but Hinkle hasn’t yet set a trial date.