Like everyone else in America, Sarah Palin would rather kill one of her own than be on CNN

Sarah Palin, whom you may remember as the result of a botched science fair experiment by John McCain who attempted to crossbreed a northern screech owl with a Mama Grizzly, recently received an invitation from Piers Morgan to appear on his show for either comedic relief or possibly to prove to America that CNN's S.E. Cupp isn't the dumbest lady wearing glasses on the teevee (Editors note: Wolf Blitzer is a man.).  Sarah,  as is her wont when having to communicate to the outside world without an appearance fee, took  to her favorite social media platform - ShoutyFace - to tell that smug limey lobsterback to go rumpy-pumpy in his own arse's bung-hole or something that kind of sounds vaguely English-y like that:

Oh dear Piers, thank you so much for all your invitations to appear on your shambolic show, including the adoring message you sent. But is it still any wonder why I've politely responded that I'm too busy doing, um, er... pretty much anything to accept the invite? (At least I didn't tell you to "get stuffed".) And to all our British friends: we ask, what did your friends across the pond ever do to you to deserve your Piers?

As a way of showing Piers that she is not fucking around, Sarah went out and killed another Mama Grizzly in Wasilla  just to watch her die and then sent him the picture: 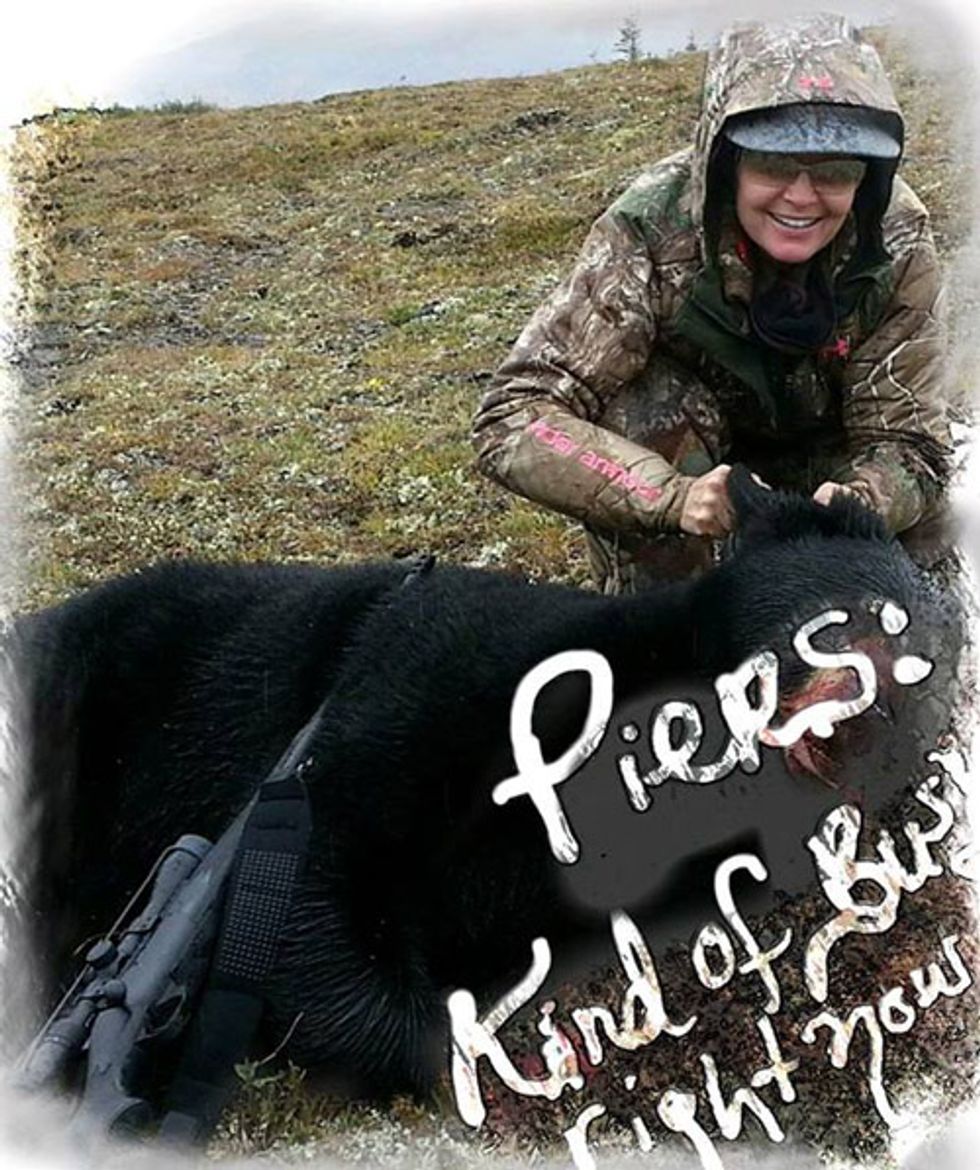 We don't think that this was a coded message from Sarah that she would totally kill Piers Morgan in his stupid  face  and then mount his head on a wall in her Arizona meth palace since Sarah's  serial killer MO is to use surveyors symbols to let us know where she will strike next ... but it would be irresponsible to not speculate.

Upon review, we noticed how Sarah has artfully displayed her rifle so that it's pointing at herself (gun safety first, kids!) which leads us to believe that this was likely part of a Mama Grizzly suicide pact  and Sarah quit halfway through.