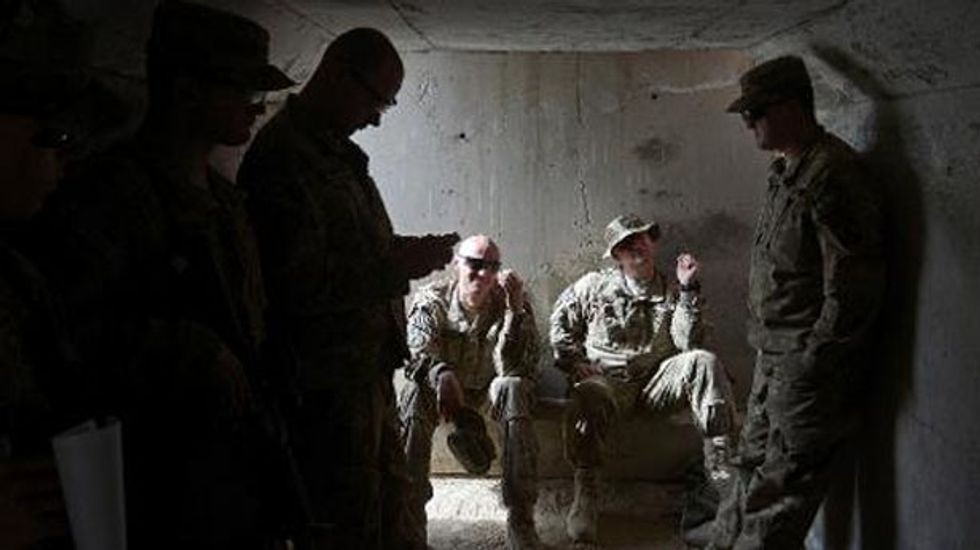 US officials will not be able to visit or inspect major reconstruction projects in Afghanistan after most American troops withdraw in about a year, an inspector general said Monday.

The planned departure of the bulk of the US-led force by the end of 2014 will deprive US civilian officials of security needed to travel to project sites across the country, undercutting efforts to keep tabs on multi-billion dollar aid programs, officials said.

"Although it is difficult to predict the future of the US presence in Afghanistan, it is likely that no more than 21 percent of Afghanistan will be accessible to US civilian oversight personnel by the end of the transition, a 47 percent decrease since 2009," said the special inspector general for Afghanistan reconstruction, John Sopko.

"We have also been told by State Department officials that this projection may be optimistic, especially if the security situation does not improve," Sopko wrote in a letter to Secretary of State John Kerry, Defense Secretary Chuck Hagel and the head of the Agency for International Development (AID), Rajiv Shah.

Previous audits have found major waste and mismanagement in the US reconstruction effort in Afghanistan, the most expensive aid mission in America's history.

Keeping up a flow of Western aid to Afghanistan is considered crucial to ensuring a degree of stability in the country once the NATO-led force departs, officials and analysts say. But a lack of oversight could prompt lawmakers to slash reconstruction funds and one senator voiced dismay at the inspector general's warning.

"I would be shocked if this doesn't have an unhappy ending," Senator Claire McCaskill of Missouri told the Washington Post, which first reported the findings over the weekend.

"They are kissing oversight goodbye," she said.

The State Department and USAID are looking at other ways to check up on aid projects by using third-party contractors, who would inspect the work of other contractors, the inspector general's letter said.

"Even if these alternative means are used to oversee reconstruction sites, direct oversight of reconstruction programs in much of Afghanistan will become prohibitively hazardous or impossible as US military units are withdrawn, coalition bases are closed, and civilian reconstruction offices in the field are closed," he said.

To allow for a first-hand visit, an aid project has to be within a 30-minute coalition helicopter flight in case of a medical evacuation and coalition forces have to be close enough to respond to an attack, the inspector general said.

There are about 51,000 US troops in Afghanistan now and almost the entire contingent is due to depart by the end of 2014, with dozens of bases due to close.

Washington hopes to retain a smaller force of about 8,000-12,000 troops in the country but has yet to clinch a security agreement with the Afghan government on a post-2014 presence.