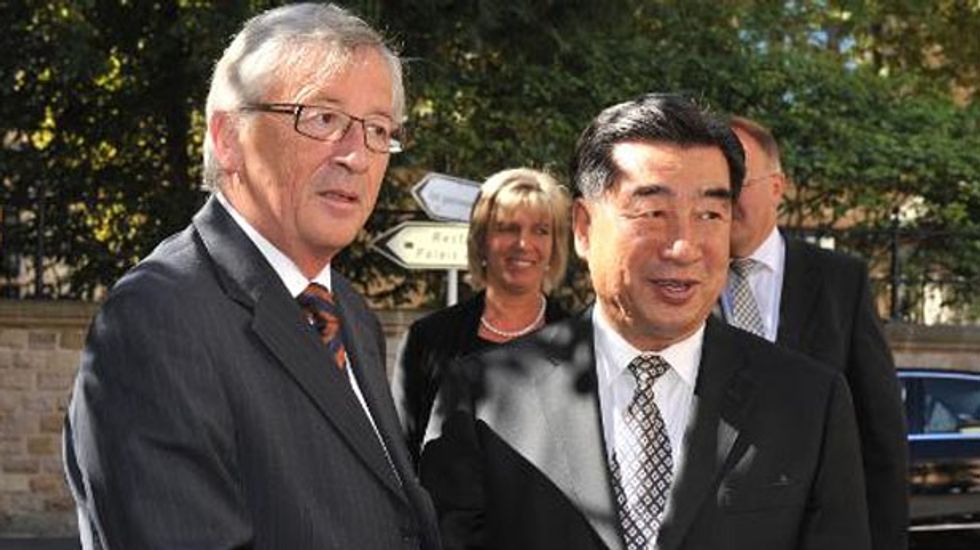 The world's 13th biggest financial centre and the second international investment hub after the United States, Luxembourg harvested almost half of its fiscal revenue from the financial sector before the crisis hit in 2008.

Now its banks are seeking to discard the image of Luxembourg as an offshore financial haven or sanctuary for fiscal fraud.

"Our financial position does not depend on dirty money or tax fraud," Prime Minister Jean-Claude Juncker said earlier this year on announcing the small hilly country would ease banking secrecy and agree to the automatic exchange of bank account data as from 2015.

Juncker, Europe's longest serving leader and an influential player in the eurozone, faces a tough election at the weekend.

His announcement at the time sent shock waves across the banking world, triggering a massive withdrawal of capital by foreign customers, cornerstone of the nation's financial system.

Alarmed, one of the duchy's most prominent tax lawyers said more than half of Luxembourg's 120 banks dealing in private management would disappear.

But in a report published in October, Luxembourg's Central Bank said it was not yet clear what impact the radical revamp would have on the tiny country.

Net banking income actually rose by nine percent in the first quarter this year, which the central bank said was in part linked to resurging global financial markets.

Whatever the case, private banks face difficult decisions in the near future.

The move to automatically exchange banking information as of 2015 for non-resident accounts has forced lenders into some serious spring-cleaning with clients who fail to declare their savings back home simply being asked to leave.

In the financial world, Luxembourg has a reputation for being a destination for the moderately wealthy, with deposits rarely more than one million euros.

It is these clients that bankers believe will be the most tempted by one-time offers from authorities back home to repatriate savings without facing fines for tax fraud.

To counter the potential exodus, banks will now have to chase the world's highest savers, the mega rich with 20 or 30 million euros to deposit.

But this top-flight clientele will be hard to win over, with neighbouring Switzerland already a major competitor and new players emerging, notably in Asia.

According to a study from PwC consultants on the future of private banks in Luxembourg, the sector is "at a crossroads".

Revenue growth on private management will be at seven percent in 2014, PWC said, far short of 18 percent in Switzerland and 21 percent in Singapore and Hong Kong.

But it added that those who place their money in Luxembourg would still come from Europe, especially neighbouring France, Belgium and Germany.

"Private bankers in Luxembourg always have in their sights the countries nearby," said PwC associate Francois Genaux. "These are still a priority despite their wanting to turn to Eastern Europe, Asia and Latin America."

The financial sector should therefore diversify and internationalise its activities. Luxembourg hopes to become a hub at the centre of the eurozone for the management of China's currency, the Renminbi.

Two Chinese banks are already installed in Luxembourg and so far two more are expected to come.