Maher: Bachmann and Scalia are 'the exact same idiot' 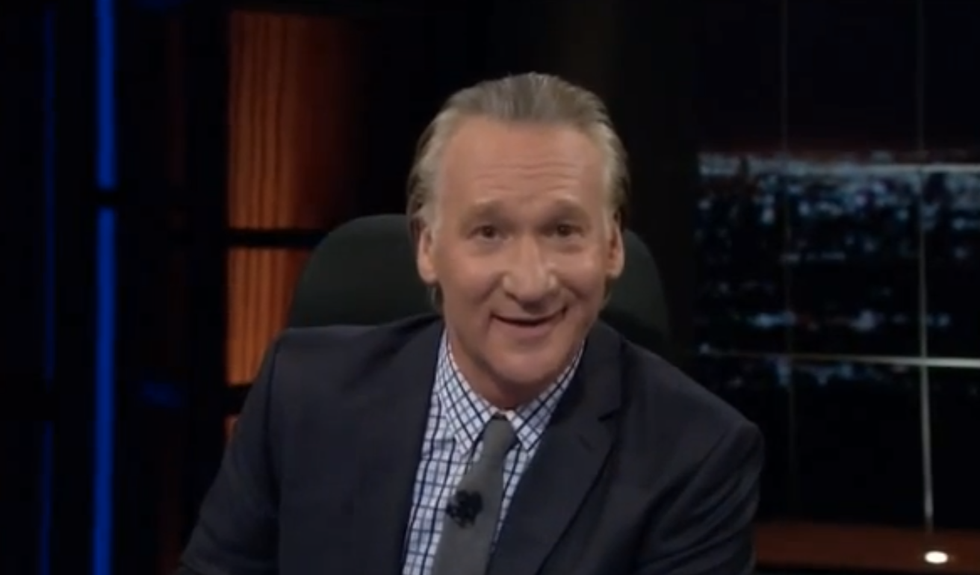 "New Rule," Maher said, "I know we can't establish a religious test for office, but if you believe we're living in the End Times like Michele Bachmann does, we get to take away the car keys."

"Yes, let Jesus take the wheel," he continued. "If you think the world is about to end, that's your right, but you don't get to vote on next year's budget, because it doesn't concern you."

He went on to point out that in an interview this week, Scalia said the believes the devil is a real person who is tempting people away from God.

"What can I say?" Maher quipped. "I started to blush."

"Blush and laugh," he continued, "because reasonable people -- you know them -- they usually see Michele Bachmann as a total loon, but Scalia as a serious intellectual, when actually, they're the exact same idiot."

Maher questioned the propriety of having blinkered ideologues in public office because they have divided the entire world into a competition between good (their side) and evil (anyone who opposes them).

“You see the world divided into teams of good and evil and suspect the Wily One may be on the side of THEM," he said, "and when you start seeing compromising with your opponents as a compromise with evil, well, there’s the tea party.”

Watch the video, embedded below via Tab Sam: