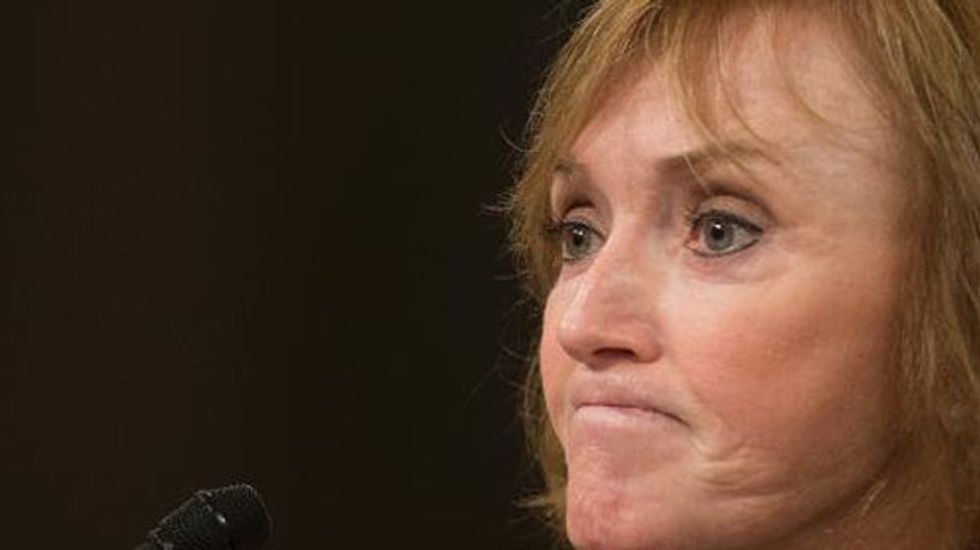 A key official overseeing the US health care law's new website apologized Tuesday for its trouble-plagued rollout, but insisted the online program is fixable.

Marilyn Tavenner, the first Obama administration official to testify before Congress about the rocky start to healthcare.gov, took heat at a hearing on problems with the October 1 debut of the website through which millions of Americans are expected to sign up for health insurance.

Tavenner acknowledged consumers were having difficulty enrolling through the online exchange marketplace due to various "glitches" in the system.

"I want to apologize to you that the website has not worked as well as it should," Tavenner, administrator for the Centers for Medicare and Medicaid Services (CMS) in the Department of Health and Human Services, told lawmakers at a House Ways and Means Committee hearing.

"The bottom line is, this healthcare website is fixable," and CMS staff and contractors "are working around the clock" to improve the service.

But she dodged pointed questions about just how many people have enrolled in the system.

Tavenner said some 700,000 people nationwide have applied for coverage, but as for actual enrollment, she repeatedly said: "We'll have that information available in mid-November."

Tavenner was testifying one day before her boss, Health Secretary Kathleen Sebelius, faces what is sure to be a grilling by House lawmakers frustrated by the huge hiccups that have plagued the website.

Consumers have had trouble signing on, getting accurate cost estimates, and completing enrollment.

But House Republican Dave Camp, the Ways and Means Committee chairman, insisted that the issue was less the online portal than with the very structure of President Barack Obama's signature health care reforms.

"While the website can be fixed, the widespread problems of Obamacare cannot," Camp said.

Repeating a Republican position that helped lead to a two-week government shutdown, Camp said Obama "should at a minimum seriously consider delaying the law for families and individuals."

Officials have said some seven million Americans must enroll in Obamacare for the system to balance financially.

That includes 2.3 million young and healthy enrollees, whose monthly premiums would help fund the high medical costs of the sick and elderly.

"If we don't meet this demographic of 2.3 million young people, it's very clear that premiums will go through the roof," Camp said.

Tavenner acknowledged that while the government projects sufficient numbers of Americans will sign up, "the next six months of enrollment are critical."

Obamacare requires most Americans to have health insurance from 2014 or face a fine, but the White House said it will give an extra six weeks, until March 31, to obtain insurance before facing the penalty.

Last week, the lead contractors on the website -- which has cost some $500 million -- said CMS gave just two weeks in September for end-to-end testing of the system.

The contractors said such testing should have taken months.