Minnesota man sues NSA, DHS after they try to quash his parody merchandise 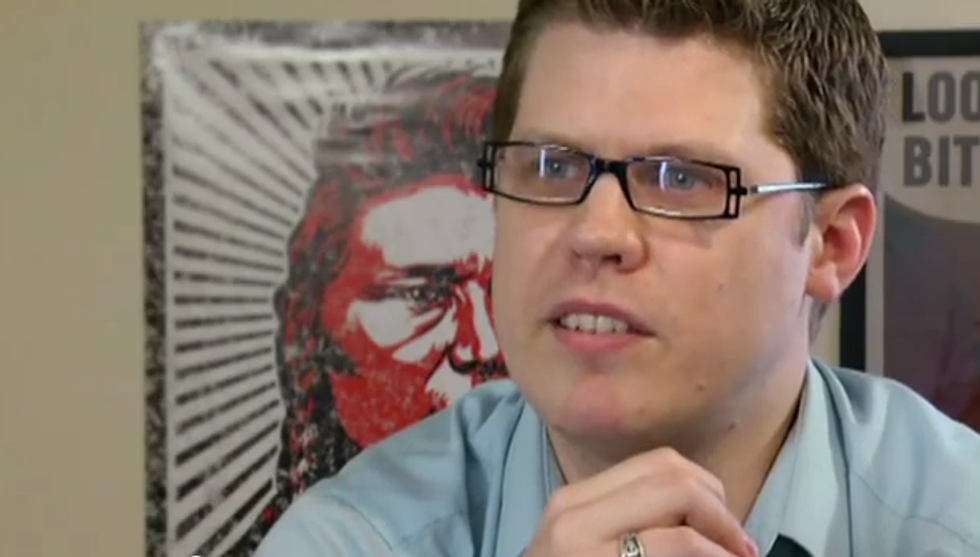 A Minnesota man is suing for the right to continue selling merchandise online that parodies the National Security Agency and the Department of Homeland Security.

Dan McCall sells T-shirts, hats, bumper stickers and other items that are printed by online retailer Zazzle.com and also sold on CafePress.com and his own website, LibertyManiacs.com.

Among other items, McCall sells a mug with the NSA seal above the words, “Spying On You Since 1952,” and a parodied NSA seal that reads “Peeping While You’re Sleeping” above the words, “The NSA: The only part of government that actually listens.”

The Sauk Rapids man filed a lawsuit in U.S. District Court targeting cease-and-desist letters sent to Zazzle in 2011 by both federal security agencies saying that the merchandise violated the National Security Agency Act of 1959.

The law prohibits the use of the agency’s name, initials, seal or other symbols for commercial sale unless authorized by the NSA, the letters claimed.

DHS said Zazzle had violated a law prohibiting the mutilation or alteration of the seal of any U.S. department or agency.

Public Citizen filed the lawsuit for McCall, arguing the graphics had not created any confusion about possible sponsorship by the federal agencies and saying no reasonable person would believe the merchandise was produced by the agencies themselves.

“The agencies’ attempts to forbid McCall from displaying and selling his merchandise are inconsistent with the First Amendment,” said Paul Alan Levy, a Public Citizen attorney handling the case. “It’s bad enough that these agencies have us under constant surveillance, (but) forbidding citizens from criticizing them is beyond the pale.”

The suit is asking the court to find that several provisions of the National Security Act cannot be enforced and that two other laws are too broadly worded and violate First Amendment protections.

Some of McCall’s items remain on sale at CafePress.com.