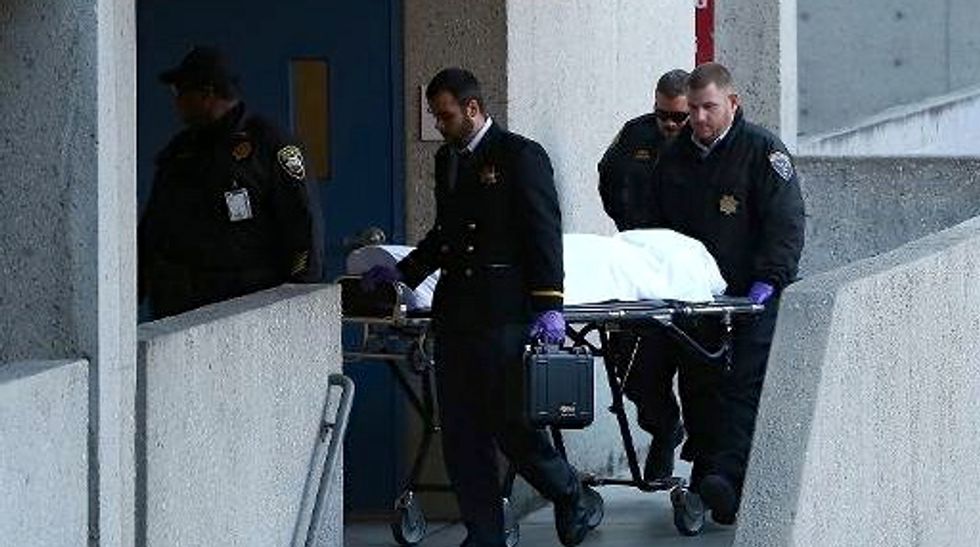 A body found in a U.S. hospital stairwell was identified as that of a British woman who went missing from the medical center over two weeks ago, prompting a huge search.

Fifty-seven year old Lynne Spalding was last seen on September 21 at the San Francisco General Hospital, where she had been admitted for a minor infection.

Hundreds of flyers were distributed in nearby neighborhoods in a search for the mother of two, who was born in England but lived in San Francisco, not far from the hospital.

Friends set up a "Find Lynne" Facebook page and shared her story on other social media.

Her body was found Tuesday in an external stairwell, which serves as a fire escape, during a regular quarterly inspection, officials said.

"We have no idea how this happened," said Chief Medical Examiner Dr. Todd May. "We are shaken to our core. What happened at the hospital is horrible. Our staff is devastated.?

The hospital held a press conference to announce that it was "fairly certain" the body found Tuesday was Spalding's, but they declined to take questions from reporters.

"Lynne Spalding died alone in a stairwell and her body had been there for 17 days," said David Perry, a family friend.

"This is a nightmare," Perry told reporters. "Steps must be taken to make sure this never happens again."