NASA will investigate how Mars lost its atmosphere 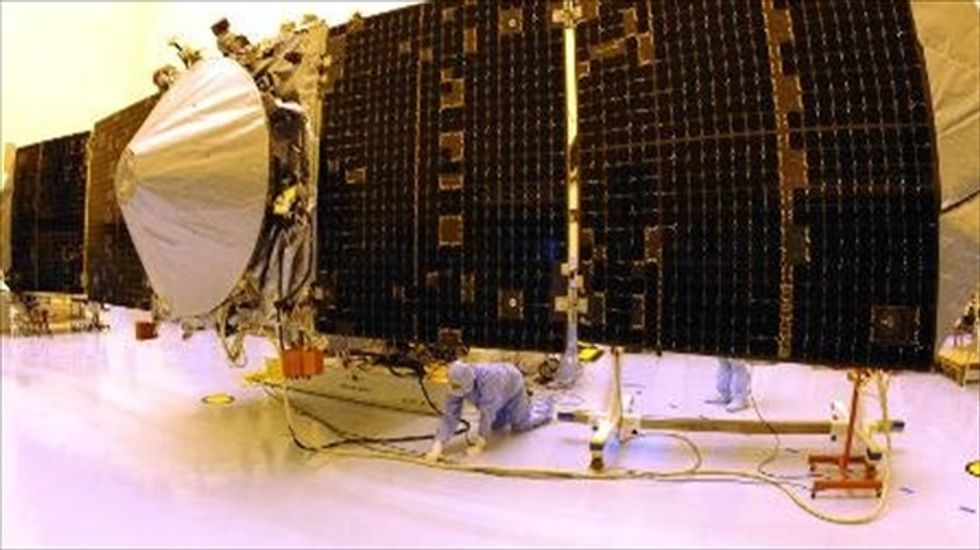 NASA said Monday it is on track to launch its Maven probe to Mars next month to find out why the Red Planet lost much of its atmosphere.

The 10-month journey to Mars means that if all goes well, the probe will arrive in late September 2014, and will begin its year long orbiting mission in November, space agency scientists said.

Maven, which stands for the Mars Atmosphere and Volatile Evolution mission has three suites of instruments to detect changes in Mars' upper atmosphere.

However, it will not hunt for methane, a gas which signals the presence of living microbes or organic materials.

NASA's Curiosity rover is patrolling the surface of Mars and has found only trace amounts of methane in the Martian atmosphere, disappointing those who hoped to find higher levels, indicating the presence of some life forms there.

Still, scientists said Maven may add to knowledge of what Mars was like before the Sun conspired to strip it of its atmosphere.

The planet that neighbors Earth "underwent a major climate change in its past," said Jim Green, director of the planetary science division at NASA headquarters.

"Maven will tell us why Mars went through the such dramatic atmospheric changes over the years."

Mars' atmosphere is "now too cold, too thin to support liquid water," said Bruce Jakosky, principal investigator at the University of Colorado, Boulder's Laboratory for Atmospheric and Space Physics.

"Maven will focus on the history of Mars's atmosphere and whether it was able to support life as we know it."

The overall mission costs $671 million, and if it reaches orbit successfully, it may have enough fuel to continue for almost a decade, said Jakosky.

"We are hoping for a very long mission," he told reporters.

The Maven mission is part of a series of rovers and probes that aim to return key data about Mars before a planned mission to send humans there as early as the 2030s, NASA has said.

The 5,410-pound (2,453-kilogram) spacecraft will launch aboard an Atlas V 401 rocket from Cape Canaveral Air Force Station in Florida.