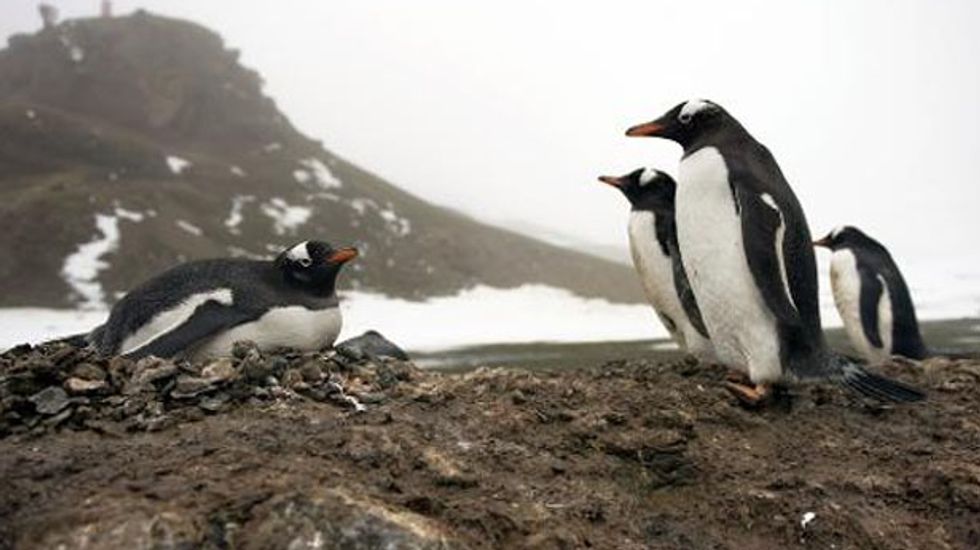 The Commission for the Conservation of Antarctic Marine Living Resources (CCAMLR) meeting in Hobart brings together 24 nations and the EU to try to agree plans for conserving marine ecosystems in the Southern Ocean.

At stake, say environmentalists, is an ocean wilderness that is home to 16,000 known species, including whales, seals, albatrosses, penguins and unique species of fish.

Proposals to create two huge Marine Protected Areas (MPAs) -- both of which failed to be agreed to at a special meeting in Germany in July at which Russia made objections -- are on the table.

But the United States-New Zealand proposal for a protected zone in the Ross Sea, the deep bay on Antarctica's Pacific side, is considered the best hope after its size was reduced. It now has a 1.25 million square kilometre no-fish zone.

"We believe in this year we have a bigger chance to reach compromise, maybe not for both MPAs but, for example, for the Ross Sea," CCAMLR chair Leszek Dybiec told reporters in Hobart.

Australia, France and the European Union are behind the second proposal which calls for a 1.6 million square kilometre (640,000 square mile) protected zone off East Antarctica, on the frozen continent's Indian Ocean side.

The proposed protected areas are designed to conserve the remote southern regions and CCAMLR executive secretary Andrew Wright expressed optimism "that we will get an outcome at this meeting".

"I'm not sure that they will all get up (succeed) in the current form but I am... quietly confident that some revisions will take place to both proposals and one, or hopefully both, will get up," he told AFP.

The Hobart meeting is the latest attempt to agree on marine reserves after Russia stymied the plans at a special meeting in Germany in July, saying the no-fishing areas were too extensive and questioning the legal right of CCAMLR to set up such sanctuaries.

Since then there have been mixed signals from the Russians on how they will vote but they are believed to have dropped their argument about CCAMLR's legality, boosting optimism the sanctuaries will receive greater support in Hobart.

Because all 25 members of the commission have to agree for a decision to be made, regardless of extent of the interest they have as a nation in Antarctica, negotiations are complex.

Wright said it was not only the size of the zones which could be negotiated, but also the duration for which they would be kept as sanctuaries, along with elements such as research and monitoring programmes.

New Zealand's Foreign Minister Murray McCully has refused to rule out scaling back the New Zealand/US proposal which has already been substantially reduced from 1.6 million square kilometres.

"Some modifications were made to the proposal, and there may be more yet," he said on Tuesday.

McCully said he was optimistic, but not confident, of reaching agreement in Hobart.

"We've got signs of good engagement leading up to the meeting but getting 25 countries to agree on something complex is going to be difficult," he admitted.

"All of the negotiations are quite challenging but we?re satisfied that there?s engagement and good faith at the moment."

If accepted, the combined area of the two sanctuaries is 2.85 million square kilometres, a fraction smaller than India, more than five times larger than France and 12 times the size of Britain.

Each proposal has the potential to create the world's largest marine protection zone.