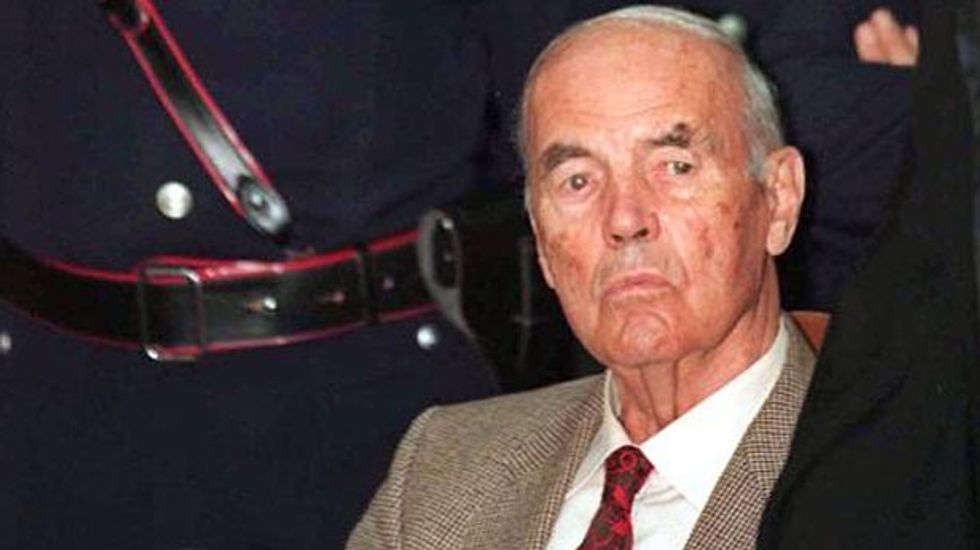 The body of Nazi war criminal Erich Priebke, who died last week in Italy aged 100, should be sent to Germany and incinerated, the head of the Simon Wiesenthal Centre said in an interview.

"The best thing would be to send the body back to Germany for it to be incinerated," Zuroff said.

"That would be the most efficient way to leave no trace of a Nazi criminal like Priebke," he said.

"Hitler's body was also burnt and that was the best solution because it allowed the destruction of everything Nazism represented," he said.

Priebke's lawyer had initially said that the former SS officer could be buried in Argentina, where he lived after the Second World War. But Argentina said it would not accept his remains.

Rome religious authorities have also said there can be no church funeral for Priebke in the city.

Priebke was tried for the Fosse Ardeatine massacre of 335 civilians outside Rome in 1944 and was living under house arrest when he died on Friday.

After the war, Priebke escaped from a British POW camp and was supplied with Vatican travel documents by a Catholic bishop. He lived in Argentina as a free man for decades.

Priebke never showed regret for his actions, saying only that he had followed orders.