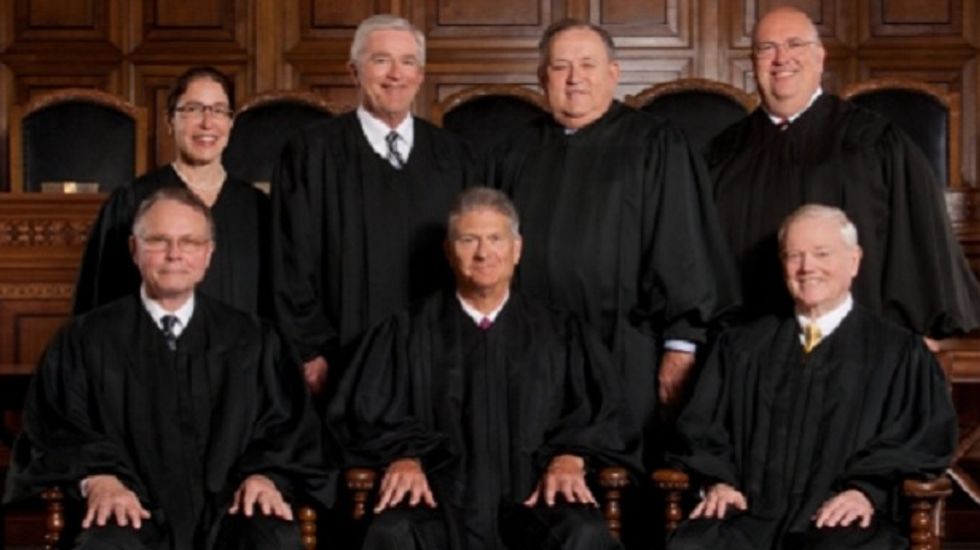 So ruled the Nebraska Supreme Court in a split decision Friday.

The 5-2 decision denied the unnamed child's request for an an abortion, saying the girl had not shown that "she is sufficiently mature and well informed to decide on her own whether to have an abortion," according to the ruling.

The girl is not named in legal records, but is living with foster parents after the state terminated the parental rights of her biological parents after physical abuse and neglect. At the confidential hearing terminating those parental rights, she told the court that she was pregnant, and that she would not be financially capable of supporting a child or being "the right mom that [she] would like to be right now," according to the court ruling. But she also told the court that she feared losing her placement in foster care if her highly-religious foster parents learned of her pregnancy.

It isn't clear if the child is still pregnant. The Omaha World-Herald interviewed her attorney, Catherine Mahern, who said “It is not in my client's best interests to comment,” while noting that her client could go around the restrictions of Nebraska law by going to another state.

But speaking to the Houston Chronicle, Mahern said the girl didn't need consent under the regulations of the Nebraska Department of Health and Human Services, which states that "if a ward decides to have an abortion, the consent of the parent(s) or Department is not required." Notification of the girl's foster parents might be required, however.

Nebraska changed its abortion laws two years ago from requiring that parents of minors be informed to requiring written and notarized parental consent for an abortion. Exceptions may be made in cases of parental abuse, medical emergencies, or cases in which the minor is "sufficiently mature and well-informed" to decide whether to have an abortion.

The Nebraska Supreme Court ruled that the child did not meet that standard in this case.

The district court judge, Peter C. Batallion, appears to have served in the 1980s on the committee for Metro Right to Life, an Omaha anti-abortion group, the Houston Chronicle reported. Bias was a factor in the expedited appeals process -- Battalion told the girl "when you have the abortion, it's going to kill the child inside of you," and then asked if she would "rather do that than risk problems with the foster care people."