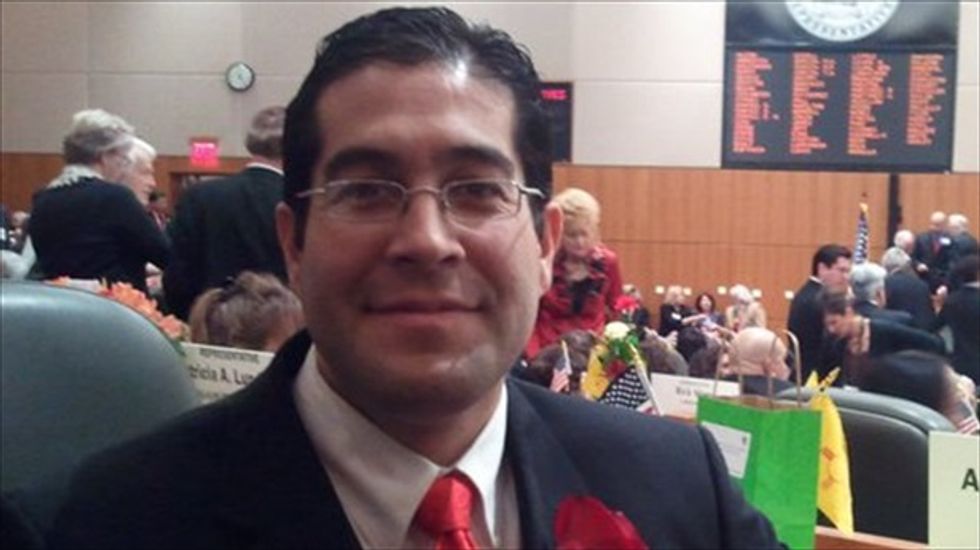 A discussion about childrens' fitness has prompted criticism of a New Mexico state congressman after he expressed his opposition to a physical education teacher using yoga during her classes.

The Albuquerque Journal reported on Monday that state Rep. Alonzo Baldonado (R) voiced his concerns during an Oct. 19 meeting of the state Legislative Education Study Committee after John Baker Elementary teacher Ann Paulls-Neal told the group she employed yoga with her students, while referring to it as "stretching and mat work" and not associating it with any particular faith.

While Paulls-Neal told the committee that one student, who identifies as a Jehova's Witness, had opted out of the yoga portion of her classes because of their religious beliefs, Baldonado compared the situation to him reading Bible scripture inside a classroom.

"I think it tends to open a door to a practice tied to a religious belief," Texas-New Mexico newspapers quoted him as saying after the meeting. "There is a good population of people out there who feel that way, so we have to ask if another option is available for them."

Baldonado himself identifies as a Christian, and was quoted after the meeting saying he homeschools his three daughters while also taking them out of yoga stretching exercises administered as a part of their swim team. But his focus on the issue was chided by state Sen. Bill Soules (D), a fellow committee member, who called it "a concern of the far right."

"Of all the things a legislator could focus on to get our public schools back on track, Rep. Baldonado chose this one as his most important," Davis told the Journal. "Even for conspiracy theorists, this one seems far-fetched. How he thinks a rudimentary stretching routine meant to improve physical health could lead students to join a religious cult is beyond me."

In July 2013, a California judge denied a family's request to ban yoga from being included in physical education courses, despite the family's claims it promoted an "anti-Christian bias."