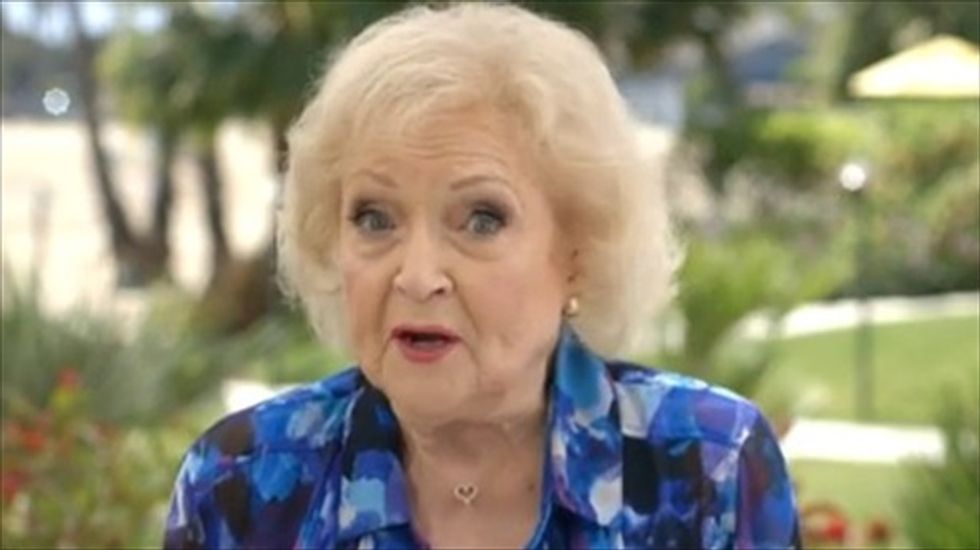 Air New Zealand, which has been known to use a lighter approach to its' safety instructions, released a new video on Wednesday with a golden touch -- specifically, Golden Girls star and Internet darling Betty White.

Set at a retirement resort, the extended skit has White convincing her fellow residents to help the airline get passengers ready for any emergencies, arguing, "If you want to know about survival, talk to us."

The video also features Love Boat star Gavin Macleod, who gets his own zinger in when White asks him about the box he is (properly) storing under a seat in front of him.

"This is a priceless antique," Macleod explains. "Your sense of humor."

In November 2012, the airline joined in on the buzz surrounding Peter Jackson's Hobbit trilogy by releasing a Middle-Earth themed safety video. It has also enlisted celebrities Richard Simmons and Bear Grylls for similar projects.

Watch White guide her friends through the rules of the air, as posted by Air New Zealand on Wednesday, below.