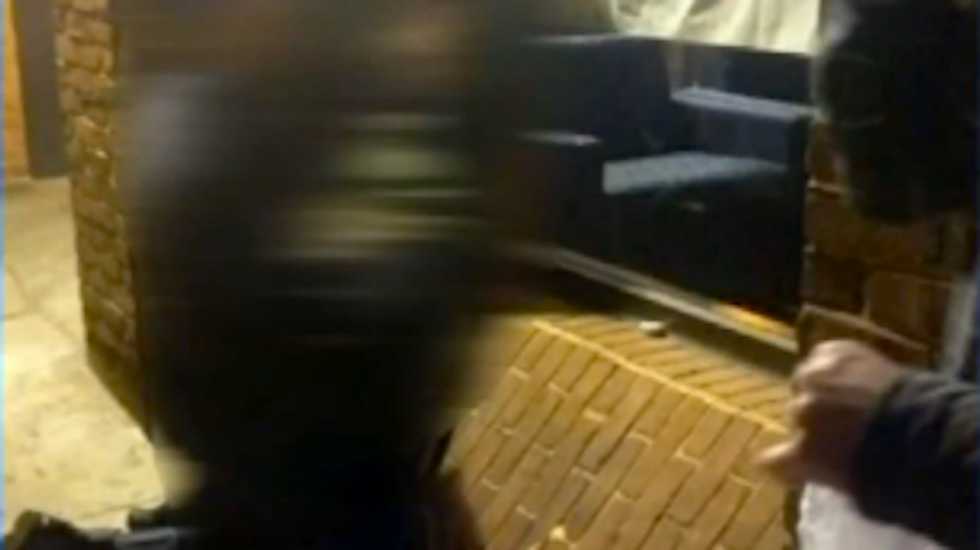 No charges will be filed in an alleged rape case that gained international attention after the incident was recorded on video and posted on social media.

A grand jury in Athens County, Ohio, found that no probable cause existed to charge either 20-year-old student who said they’d been drinking at a bar near the Ohio University campus prior to the Oct. 13 incident.

The county prosecutor, Keller Blackburn, said lab tests showed the woman had not taken any so-called “date rape” drugs, so the grand jury focused on whether the man knew the woman had no ability to consent.

“A reasonable person would think that she was not intoxicated beyond the ability to consent,” Blackburn told The (Athens) Post.

Blackburn said the woman was able to walk down a hallway and into her apartment under her own power while carrying a burrito, so it did not appear to prosecutors or grand jurors that she was unable to give consent.

The prosecutor said the pair left a bar after it closed and began kissing while walking south along Court Street in Athens, a college town in southwest Ohio.

They stopped about 3 a.m. in front of Chase Bank, where the man performed oral sex on the female and digitally penetrated her.

A passerby used a cell phone to record video of the incident, which later was posted on Instagram and shared on Twitter.

Blackburn said the man asked the woman if he should stop because a crowd was forming behind them, and the prosecutor said she told him to continue.

Neither was aware at the time that they were being filmed, prosecutors said.

The man walked the woman home and gave her his cell phone number, investigators said.

The woman contacted police to report she’d been sexually assaulted after learning the video had been posted on social media, and police said the man cooperated with their investigation.

Blackburn also confirmed the man was assaulted while the case was investigated.

“The assault on him came from a citizen who appeared to be disgusted by that type of activity taking place in public, not because he was concerned about the safety of the female,” Blackburn said.

An OU sophomore said she feared for her safety after she was falsely identified online as the woman shown in the video.

A men’s rights website published the woman’s photos and personal contact information, although the university’s dean of students said she was “100 percent” sure the student was not the woman shown in the videos.

Peter Nolan, who posted the woman’s information after he said 4Chan users identified her, told BuzzFeed he was aware the posting the student’s personal information could be potentially harmful to her.

Prosecutors did not release the names of either student involved in the case or the student who filmed the incident.

But he did say he’d asked police not to file public indecency charges against the pair.

“The public embarrassment of what has gone on is more than a misdemeanor charge could be,” Blackburn said.

However, the students could potentially be disciplined by the university for underage drinking.