Nobel Economics laureate Robert Shiller: U.S. default 'not the end of the world' 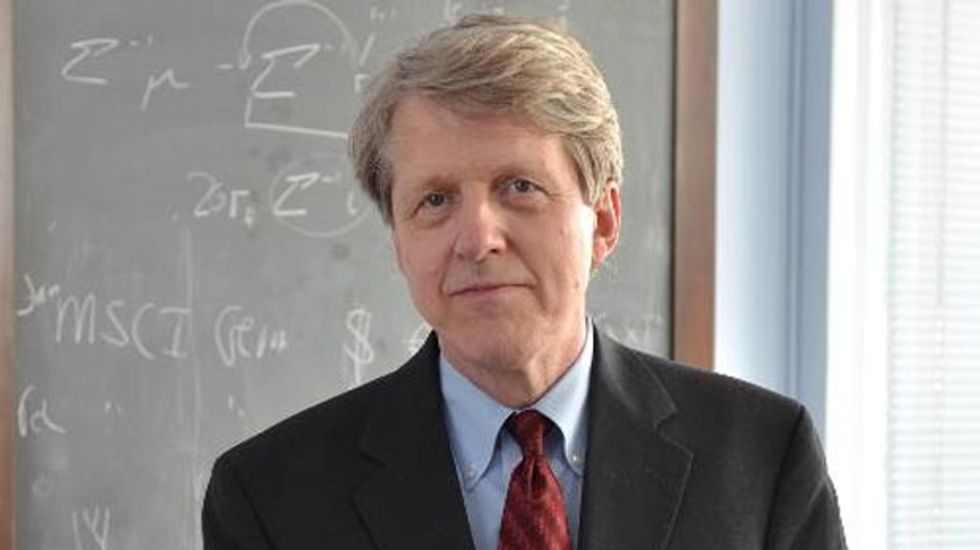 Nobel Economics laureate Robert Shiller, who on Monday shared the prize with two other economists, said he does not expect to see the US default on its debt.

The Yale University professor said he was getting out of the shower and was not properly dressed when he heard by telephone that he had won the award.

"I didn't want to miss the phone call so I took it," he quipped. "It was quite a surprise when it happened. I certainly didn't expect it."

The Royal Swedish Academy of Sciences said Shiller, Eugene Fama and Lars Peter Hansen, who are professors at the University of Chicago, had won for groundbreaking work on spotting trends in markets.

Shiller named 22 co-authors around the world who contributed to his work, and thanked the University in general and his department in particular.

"Well, I'm still in disbelief. I'm certainly honored by this event. I'm starting to wonder how I can live up to the expectations that people now have of me," he said.

In response to questions, he downplayed the prospect of an historic US debt default and any serious economic effects as a result of the partial government shutdown.

"I'm thinking probably nothing big is going to happen. It should be OK," he said.

"I'm thinking this crisis will likely be resolved. We won't see a default. Even if we do it will be for one day or something like that and even if it's longer its not the end of the world," he said.

Shiller said the most important problem today was rising inequality in the United States and elsewhere in the world, which risked getting worse.

"We should be thinking about this now, not wait until after it happens," he said, calling for a contingency plan to raise taxes on the rich if it gets worse.

"I think there's a lot more we can do and it will help make a better society," he added.

Shiller said finance is often misunderstood as about how to get rich, when it is a study of human activity at large and of making resources available.

"I tend to take a very long historic sweep on these things. History of the past centuries has been a history of repeated financial crises and repeated advances made in response to these crises," he said.

Asked whether he had any recommendations for Janet Yellen, the new head of the Federal Reserve, he said he would not presume to tell her what to do.

"I think she has a lot of expertise, but I could just say general things that someone in her position has to look at the welfare of everyone," he said.