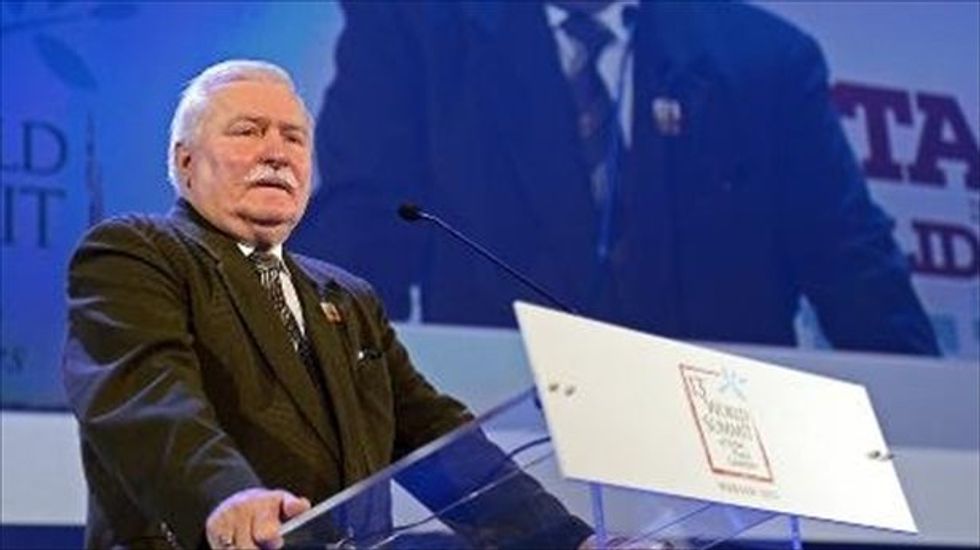 "We need to agree on common values for all religions as soon as possible, a kind of secular Ten Commandments on which we will build the world of tomorrow," he said in an opening speech kicking off the three-day summit.

Walesa won the Nobel 30 years ago for leading Poland's Solidarity trade union, which negotiated a peaceful end to communism in Poland in 1989.

Besides universal values, the international community needs to focus on the economy of tomorrow, he said.

"That's definitely neither communism nor capitalism as we have it today," said the former shipyard electrician, who became Poland's first post-war democratic president.

The Dalai Lama, Iranian human rights advocate and 2003 Nobel winner Shirin Ebadi and Ireland's 1976 laureate Betty Williams are taking part in the summit. Former Soviet leader Mikhail Gorbachev, who launched the summits in 2000, said he could not attend.

Hollywood star Sharon Stone is to receive the gathering's Peace Summit Award for her anti-AIDS campaigning.

The first eight summits were held in Rome. Since 2008, they have taken place in Berlin, Paris, Hiroshima and Chicago.