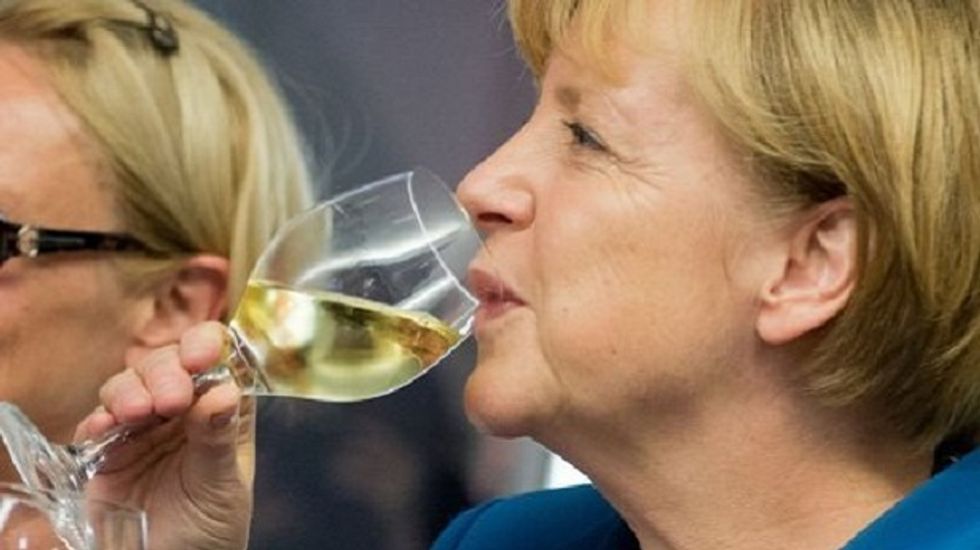 US President Barack Obama was personally informed of phone tapping against German Chancellor Angela Merkel, which may have begun as early as 2002, German media reported Sunday as a damaging espionage scandal widened.

Bild am Sonntag newspaper quoted US intelligence sources as saying that National Security Agency chief Keith Alexander had briefed Obama on the operation against Merkel in 2010.

"Obama did not halt the operation but rather let it continue," the newspaper quoted a high-ranking NSA official as saying.

News weekly Der Spiegel reported that leaked NSA documents showed that Merkel's phone had appeared on a list of spying targets since 2002, and was still under surveillance weeks before Obama visited Berlin in June.

As a sense of betrayal spread in many world capitals allegedly targeted by the NSA, European leaders are calling for a new deal with Washington on intelligence gathering that would maintain an essential alliance while keeping the fight against terrorism on track.

Germany will send its own spy chiefs to Washington soon to demand answers.

Meanwhile several thousand protesters gathered in Washington Saturday to push for new US legislation to curb the NSA's activities.

"We don't know if we're only seeing the tip of the iceberg or if other governments are acting in the same ruthless manner," he told the Schweiz am Sonntag weekly.

Merkel confronted Obama with the snooping allegations in a phone call Wednesday saying that such spying would be a "breach of trust" between international partners.

The suspicion also prompted Berlin to summon the US ambassador -- a highly unusual move between the close allies.

The Frankfurter Allgemeine Sonntagszeitung reported without citing its sources that Obama had told Merkel during their call that he had been unaware of any spying against her.

Der Spiegel said he told her that if he had been informed of the operation he would have stopped it at once.

Other media reports said that Obama's National Security Advisor Susan Rice had also told German officials the president knew nothing of the spying.

Merkel's office declined to comment on what he told her during their conversation.

The White House has said it is not monitoring Merkel's phone calls and will not do so in future, but it has refused to say whether it did previously.

Bild am Sonntag said that Obama wanted to be informed in detail about Merkel, who has played a decisive role in the eurozone debt crisis and is widely seen as Europe's most powerful leader.

As a result, the report said, the NSA stepped up its surveillance of her communications, targeting not only the mobile phone she uses to conduct business for her conservative Christian Democratic Union party but also her encrypted official device.

Merkel only acquired the latter handset over the summer.

Bild said US intelligence specialists were then able to monitor the content of her conversations as well as text messages, which Merkel sends by the dozen each day to key associates.

Only the specially secured land line in her office was out of the reach of the NSA, which sent the intelligence gathered straight to the White House bypassing the agency's headquarters in Fort Meade, Maryland, according to the report.

Bild and Spiegel described a hive of spy activity on the fourth floor of the US embassy in central Berlin, a stone's throw from the government quarter, from which the United States kept tabs on Merkel and other German officials.

If the spying against Merkel began in 2002, it would mean the United States under then president George W. Bush targeted her while she was still the country's chief opposition leader, three years before she became chancellor.

Bild said Merkel's predecessor Gerhard Schroeder was also in the NSA's sights because of his vocal opposition to the US invasion of Iraq and close ties to Russian President Vladimir Putin.

"Surveillance is a crime and those responsible must be brought to justice," he told Bild.

A poll for the newspaper found that 76 percent of Germans believe Obama should apologise for the alleged spying on Merkel, and 60 percent said the scandal had damaged German-US ties.

The scandal derived from documents acquired from US fugitive defence contractor Edward Snowden by Spiegel.

"Snowden's accounts seem credible while the US government apparently lied to us about this matter."