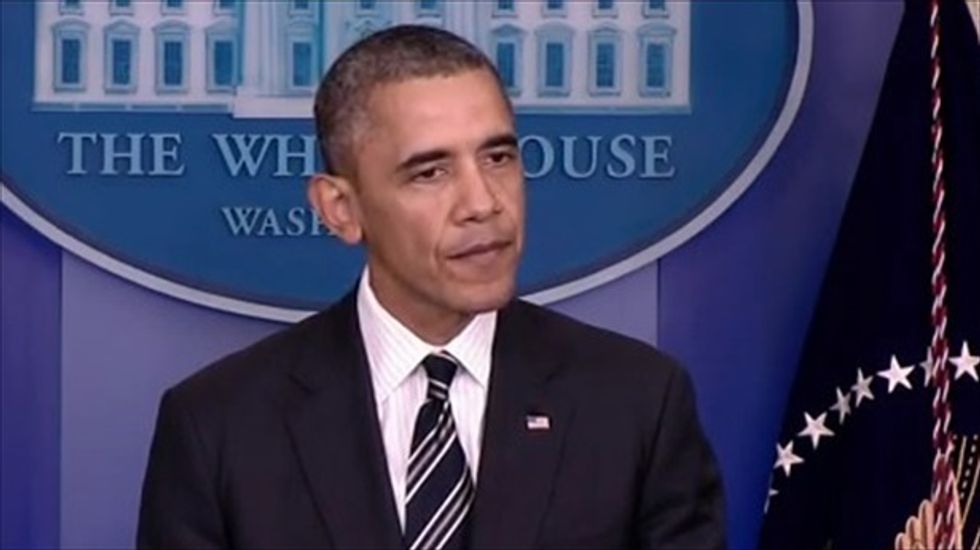 President Barack Obama on Saturday called on the lower chamber of Congress to "stop this farce" and end the US government shutdown by unconditionally approving a federal budget.

"Take that vote. Stop this farce. End this shutdown now," Obama said in his weekly radio and video address.

The US government closed all but its essential operations earlier in the week when lawmakers refused to approve money for government operations without first delaying or defunding the new health care law, known as Obamacare.

The US Senate has already approved a budget, and "there are enough Republican and Democratic votes in the House of Representatives willing to do the same, and end this shutdown immediately," Obama said.

"But the far right of the Republican Party won?t let Speaker John Boehner give that bill a yes-or-no vote."

The United States reaches its debt limit on October 17, and Congress must approve an increase of the borrowing limit or Washington could default on loan payments. Officials have warned of the disastrous effects of a default.

"For as reckless as a government shutdown is, an economic shutdown that comes with default would be dramatically worse," Obama said.

The president said that he would "always work with anyone of either party on ways to grow this economy, create new jobs, and get our fiscal house in order for the long haul.

"But not under the shadow of these threats to our economy."

To emphasize his point, Obama read from two letters of people affected by the shutdown, both residents of politically conservative regions of the country.