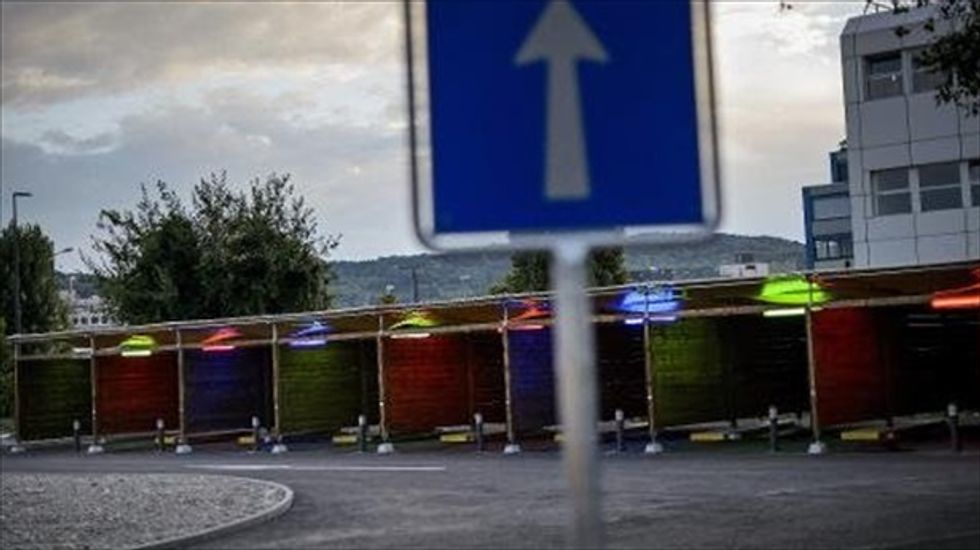 Switzerland's first sex drive-in, which opened two months ago in a bid to take prostitution off Zurich's streets, has been a success, the city said Tuesday following an initial evaluation.

"After two months I can say that this guarded prostitution site is working," Michael Herzig, director of social services for sex workers in the city, told reporters.

Zurich opened the fenced-in site, which is only accessible by car, in an industrial sector on the outskirts of town in August to move sex workers out of the city centre and provide them with a safer working environment.

The drive-in, approved by 52.6 percent of Zurich voters in a March 2012 referendum, has a track where the sex workers can show off their assets and negotiate a price, and nine so-called "sex boxes" where they and their clients can park and conclude the transaction.

Machines resembling parking metres have been installed, and the prostitutes are required to contribute 5.0 Swiss francs ($5.40, 4.05 euros) each night in taxes to help Zurich cover the cost of running the place.

Security guards are on hand to ensure there is only one man in each car coming in, as well alarm buttons in each "sex box", on-site doctors and social workers.

"We did not have any major problems, such as with pimps, violence or the neighbourhood," Herzig said.

He said he was surprised things had gone so smoothly.

An average of 14 sex workers had used the site each day since it opened, he said.

That is fewer than half the 30-odd who had been working on Sihlquai, in downtown Zurich, the city's most notorious red-light street until prostitution was banned there in August.

But the figures do suggest prostitutes are embracing the new system, despite concerns the strictly controlled environment would scare away clients, he said.

Herzig said the tight control was key to its success, with the constant presence of municipal staff helping sex workers operate beyond the clutches of pimps.

He said similar schemes in other European cities had been hobbled by a lack of resources that saw pimps move in and take control.