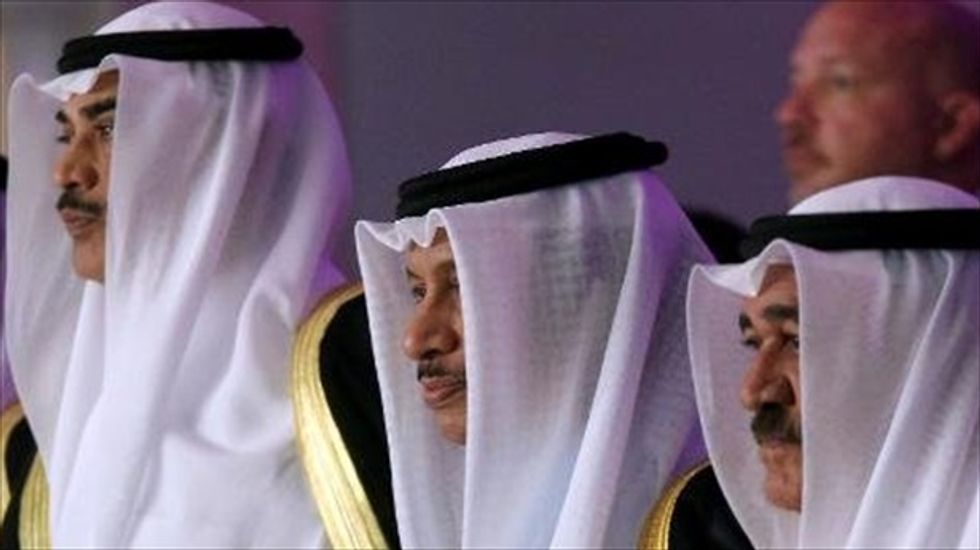 Oil-rich Kuwait said Monday that the generous cradle-to-grave welfare system provided to its 1.2 million citizens was "unsustainable" and it was time for change.

"The fact everyone must be aware of ... is that the existing welfare state system that Kuwaitis are used to is unsustainable," Prime Minister Sheikh Jaber Mubarak Al-Sabah said, presenting his government's four-year programme to parliament.

The programme up to the 2016/2017 fiscal year aims to review subsidies, charges and prices of public services, besides imposing a taxation system in a country that generates 94 percent of its income from selling oil and where individuals and corporates pay no taxes.

The government warned that if the welfare system remains, the OPEC nation will start facing "real" budget deficits from 2021 and is expected to accumulate shortfalls of up to 414 billion dinars (around $1.46 trillion) by 2035.

It insists there is an urgent need to reduce subsidies on fuel, electricity and water and raise charges on public services which are offered to citizens for free or at highly-subsidised rates.

For example, fuel prices have not changed for the past 15 years, while power is offered to citizens and the 2.7 million foreign residents at less than five percent of the cost, according to government figures.

Earlier this month, the International Monetary Fund urged Kuwait to contain public spending, which has trebled in seven years, to avoid risks from a drop in crude prices.

In the same period, oil income, which makes up around 94 percent of public revenues, more than doubled from $45.9 billion to $106 billion.

Kuwait has boasted a budget surplus in each of the past 13 fiscal years, accumulating around $300 billion, whereas the size of its sovereign wealth fund has increased to over $400 billion.