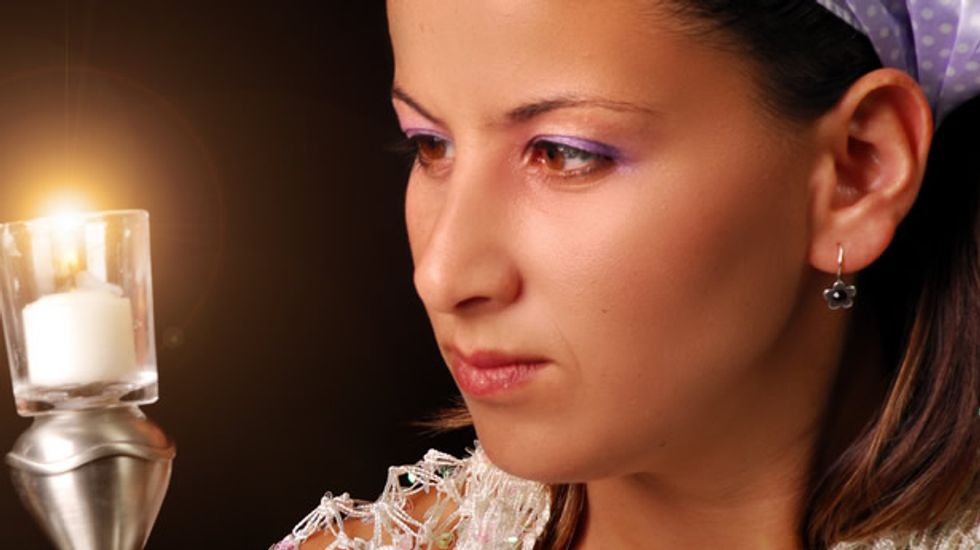 According to papers filed today in a New Jersey District Court, Rabbi Mendel Epstein, a man known as "Yaakov," and unknown accomplices conspired to "knowingly and unlawfully seize, confine, inveigle, decoy, kidnap, abduct, and hold a person for ransom." The "person," in this case, was a Jewish man who was being forced to consent to a divorce by Epstein and his accomplices.

Jewish law requires a man produce a document known as a "get" in order for a couple to be divorced. Women whose husbands refuse to divorce them are known as "agunot," and Rabbi Epstein and his confederates charged "agunot and their families thousands of dollars to obtain gets from recalcitrant husbands by means of violence."

They would "kidnap the recalcitrant husband assault him until consented to divorce, i.e. until he 'gave the get.'"

According to two undercover FBI Special Agents who posed as a woman and her brother, Rabbi Epstein said that "basically what we are going to be doing is kidnapping a guy for a couple of hours and beating him up and torturing him and then getting him to give the get."

When the agents questioned the legality of this, Rabbi Epstein allegedly told them that "basically, the reaction of the police is, if the guy does not have a mark on him, then, uh, there is some crazy Jewish affair here, they don't get involved."

He then allegedly went on describe the method of torture he would use: "We take an electric cattle prod ... if it can get a bull that weighs five tons to move, you put it in certain part of the [recalcitrant husband's] body and in one minute the guy will know."

According to the agents, Rabbi Epstein confessed to committing a kidnapping at least once a year, at a price of approximately $100,000, of which the majority would go to the "tough guys who used karate skills ... to facilitate the divorce."

["A Young Woman Lighting The Candles For Jewish Sabbath, Isolated On Black" on Shutterstock]