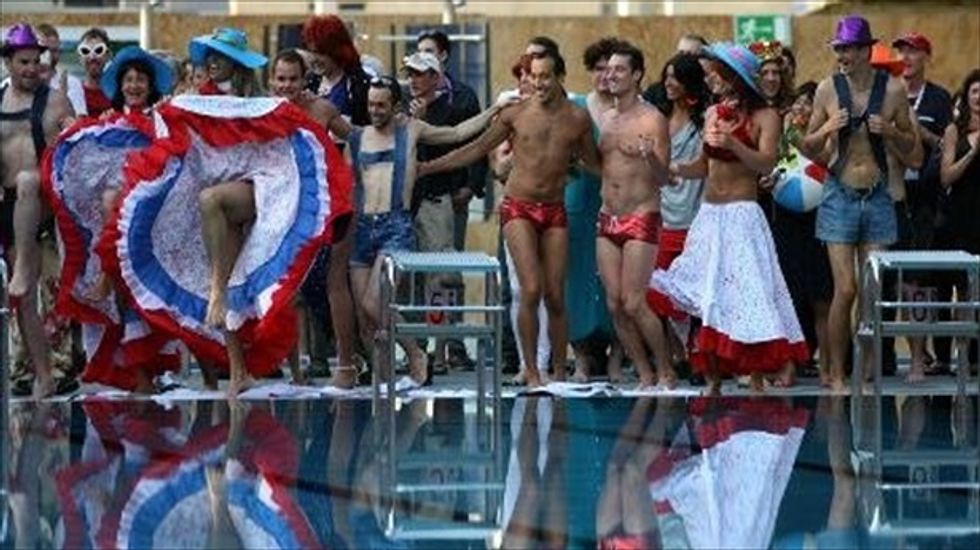 A team performs in the freestyle competition of the waterballet event at the Gay Games in Cologne on Aug. 6, 2010. [AFP]

Paris won the right to host the 2018 Gay Games on Monday erasing memories of their defeat to German city Cologne for the 2010 edition.

Paris saw off rivals London and the Irish city of Limerick for the honour of hosting what started out in 1982 as the Gay Olympics.

The 2014 edition -- which is a sporting and cultural event -- is being hosted by Cleveland and Akron in the United States.