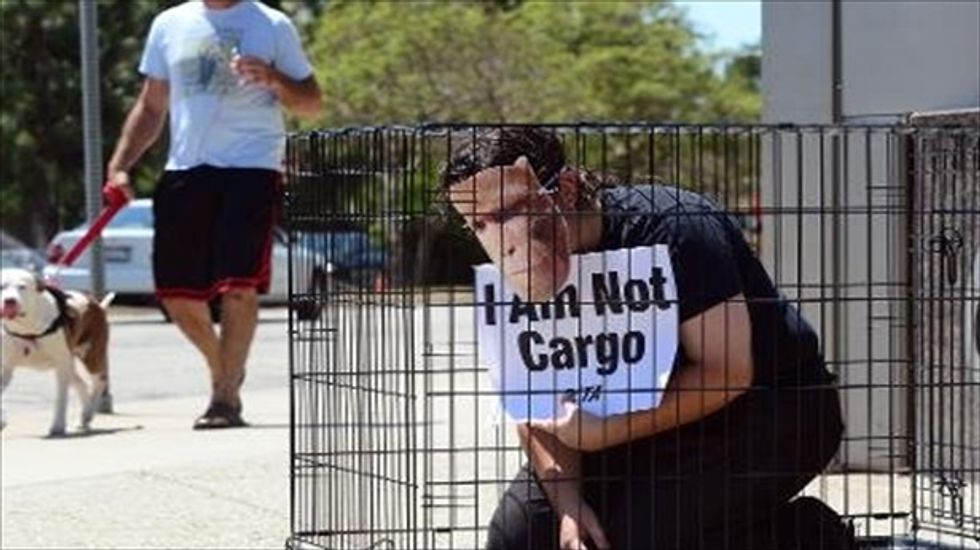 An activist wearing a monkey mask makes her point from inside a cage as activists and PETA members staged a demonstration in Los Angeles, California, on Aug. 29, 2013. [AFP]

People for the Ethical Treatment of Animals (PETA) alleged that the French airline is among only a few major carriers that still transport monkeys for use in lab experiments.

"Profit-hungry airlines such as Air France will do anything for a buck -- even if that means ignoring the screaming monkeys being loaded onto their planes," said PETA president Ingrid Newkirk in a statement.

To promote its campaign, PETA said US residents who sign the petition would be eligible to win lunch with Dave Navarro of the rock group Jane's Addiction.

In January 2012, PETA claimed success in urging Air France to cancel a shipment of monkeys from Mauritius to a US laboratory, following a similar appeal to supporters.