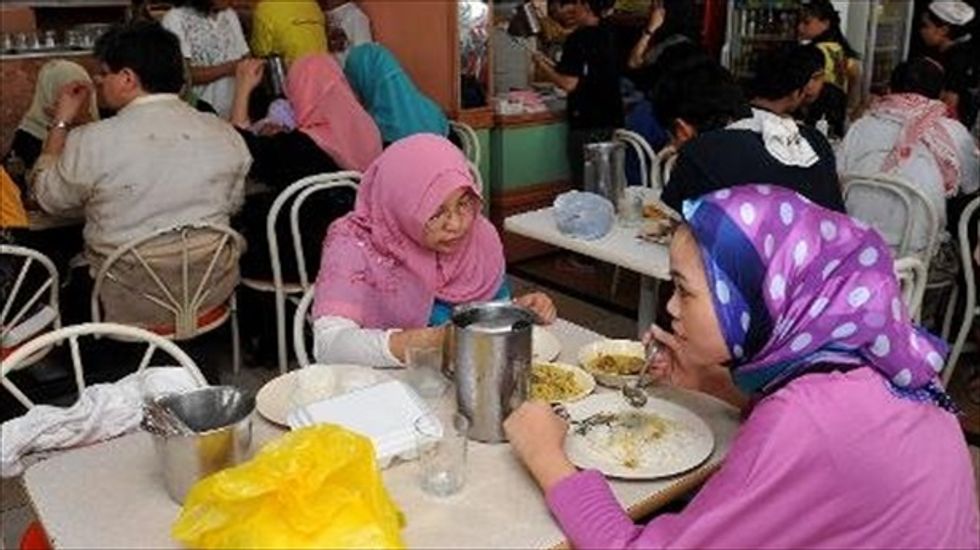 Muslims mark Eid al Fitr by eating in a restaurant after attending prayers at the Golden mosque in Manila. [AFP]

The Philippines has put out a unique ratings guide for restaurants -- ranking them by taxes they pay rather than their menu to shame those cheating the state out of revenues.

The gradings system, a unique twist on the world-famous Michelin guide, is part of a government drive to bolster its coffers and make it less reliant on debt to finance its operations.

"The goal of this campaign is to increase transparency on tax payments and to encourage the people to be conscientious in paying the right taxes," the presidential palace said in a statement.

It said the ratings guide would be updated every week and published in major newspapers and on the government finance department's website.

President Benigno Aquino, who won the 2010 election on an anti-corruption platform, has vowed to put the finances of the perennially cash-strapped government in order.

The government has launched a highly publicised campaign against tax cheats, including celebrities and professionals.

Congress under Aquino's watch also passed laws sharply raising "sin taxes" on cigarettes and alcohol, in a bid to raise up to $800 million dollars in revenues this year.