Poop-smeared naked man to cops: 'B*tch, I got sh*t on me' so you won't put me in your car 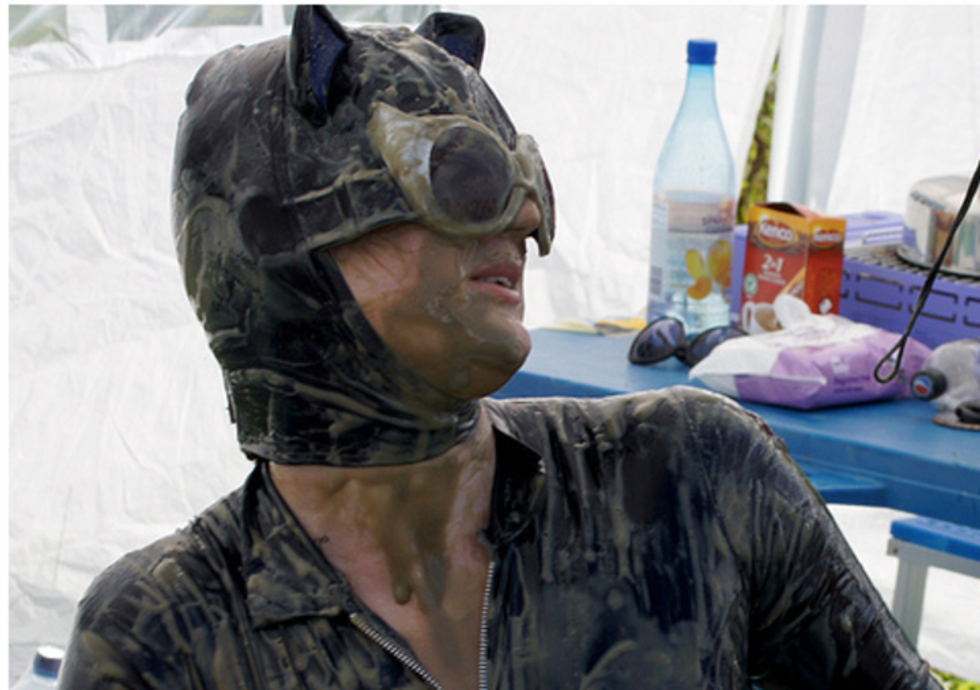 A naked Georgia man who was arrested in a restroom of an Arby's restaurant told police they wouldn't arrest him because he was covered in excrement. According to the Columbus Leger-Enquirer, Kenyatta Griffin, 40, believed that peace officers would be reluctant to transport him in a police cruiser.

"B*tch, I got sh*t on me!" Griffin said to police when they cornered him in the outside men's room at the Arby's, which is located on Victory Drive, the main road serving the sprawling U.S. Army base located at Ft. Benning. "You are not going to put me in your patrol car."

Witnesses reported seeing Griffin naked from the waist down outside the restaurant at around 12:45 p.m. on Tuesday.

After walking along the road for a moment, Griffin squatted down and defecated, then smeared the excrement on to his body. He then ran to the Arby's bathroom, where police found him.

Griffin was arrested and transported to Muscogee County Jail and charged with public indecency. He is currently being held on $1,000 bond.