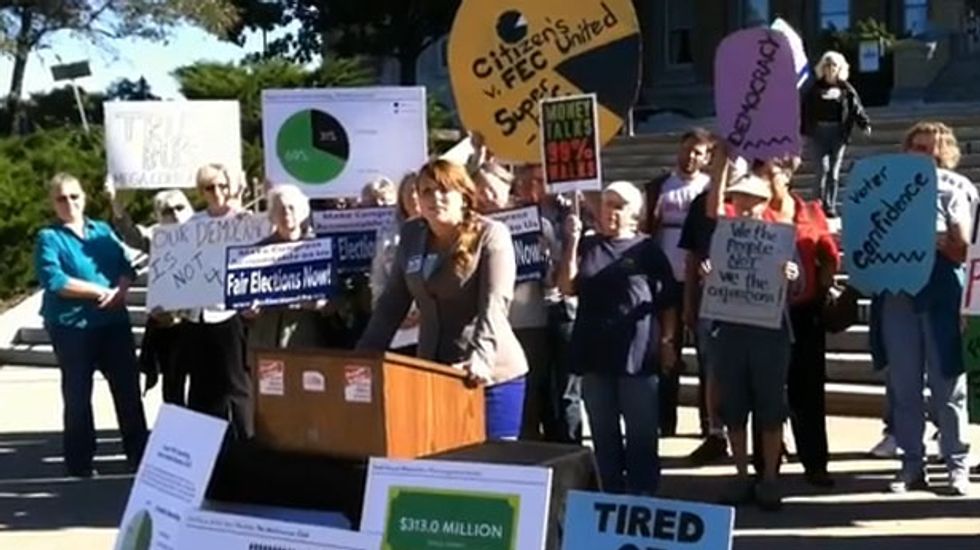 Progressive groups rallied in front of the Iowa Capitol on Tuesday, according to the Des Moines Register. The progressives urged the Supreme Court not to strike down limits to political campaign contributions in a case being described as Citizens United 2.0.

“These contribution limits were set in the first place to prevent corruption and the appearances of corruption,” Sonia Ashe, an advocate for the Iowa Public Interest Research Group, said. “With the government shutdown and opinion of our congressional leaders at an all-time low, this is not the time to be inviting additional spending and influence from big-money donors in our elections.”