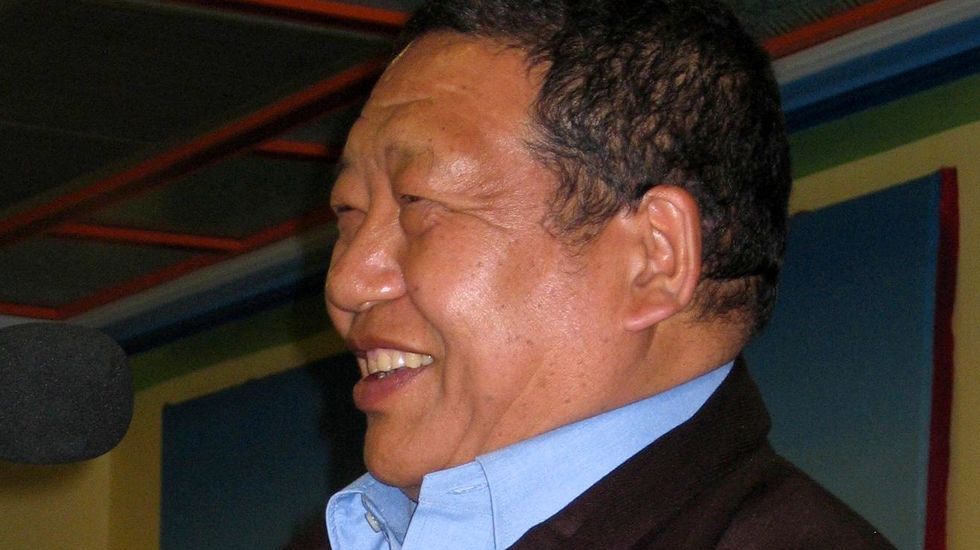 A prominent monk who fled Tibet in 1959 and co-founded the West's first Tibetan monastery has been killed in China along with two other people, police said, with his brother saying he was "assassinated".

Akong Tulku Rinpoche was the co-founder of Samye Ling in the rolling hills of southern Scotland, the first and largest Tibetan Buddhist centre in Europe.

In a statement posted on the monastery's website, his younger brother Lama Yeshe Rinpoche said the abbot, his nephew and another monk had been "assassinated" in Chengdu in southwest China.

Akong's body had been brought to hospital and a post-mortem would be carried out, his brother said.

Police in Chengdu confirmed that Akong, his nephew and a third man they described as their driver had been killed on Tuesday, but said the deaths resulted from a financial quarrel.

Three Tibetan men visited a house where the trio were staying and stabbed them to death in an argument over money, police said in a statement on their verified social media account.

A police spokesman told AFP Wednesday the three suspects were in custody.

Akong, who was in his early 70s, had taken British nationality and the Foreign Office in London confirmed in a statement the death of a Briton in Chengdu on October 8.

Akong and the other co-founder of the Samye Ling monastery, Chogyam Trungpa Rinpoche, fled Tibet around the time of a failed uprising in 1959, when the Dalai Lama also went into exile.

The institution in Scotland has become known as a pilgrimage site for artists and musicians as well as Buddhist monks during its more than four-decade history.

Despite fleeing China, Akong had maintained a relationship with the authorities in Beijing, meeting government officials who were visiting Britain.

Around 120 Tibetans have set themselves on fire in protest at Chinese rule since 2009, and according to overseas campaign groups around 60 people were injured on Sunday when police opened fire on a group of protesters.

A county public security official denied any incident to AFP.