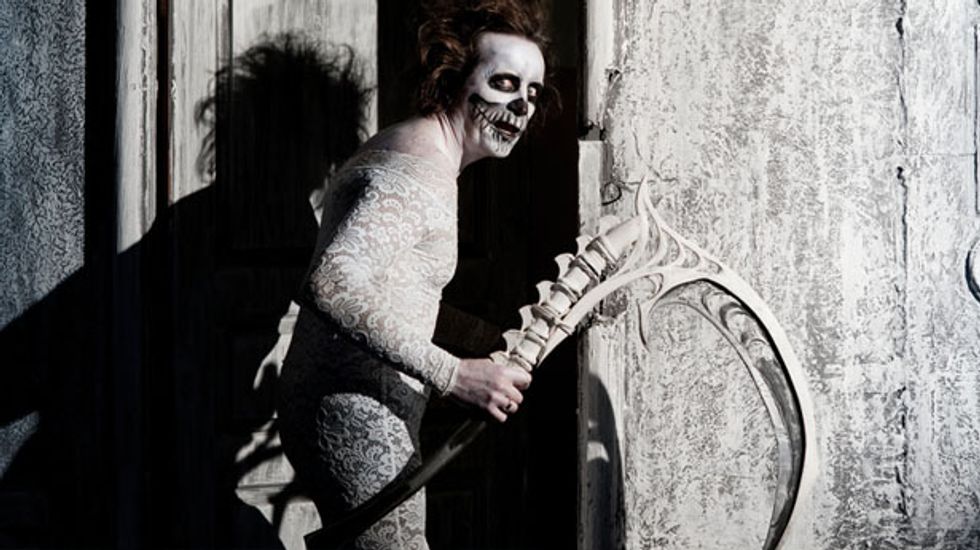 In the Plato’s Phaedo, the famous ancient Greek thinker Socrates defines philosophy as melete thanatos — “rehearsal for death.” More than 2500 years later, psychologists are beginning to pick apart how the awareness of death impacts humans’ cognitive functions and maybe even gives rise to the “love of knowledge.”

“Awareness of death impels one to overcome a fragmentary vision of reality and it arouses wonder and deep thinking,” lead researcher Daniel J. Sligte of the University of Amsterdam and his colleagues wrote in their study.

“As so, awareness of death can lead to ruminating about the big questions of life, and thus may be a fundamental driver of inventing novel theories on existence. The ability to reflect on our own death arguably is one of the unique defining features of mankind and may have functional aspects, as we can anticipate life-threatening events and thus avoid these.”

Sligte and his colleagues’ three-part study indicates that death anxiety does in fact increase creativity, but only in particular circumstances. People are more creative when they have the ability to leave a legacy, especially when creativity is socially valued and the person values individualism.

In two experiments, the researchers used animal-naming contests to examine the relationship between death, leaving a legacy, and creativity.

Their first experiment found that participants who thought about death and were naming a long-living iguana tended to come up with the most creative names compared to those who were naming a short-living iguana. Their second experiment found participants who thought about death were more creative when the practice of naming animals was seen as something that would make others happy.

The researchers noted this third experiment could have a confounding variable. The participants who were told others would write essays based on their ideas might have put more effort into the task because of the effect of social evaluation.

“However, our results were consistent across the three experiments and across different operationalizations, which increases confidence that the effects are due to the potential of leaving a legacy and not something else,” Sligte and his colleagues wrote in the study.

The researchers concluded that “the possibility to leave a legacy, and thus be existentially reassured, neutralizes negative effects” of the awareness of death on creativity.

“Moreover, this is only the case when creativity is socially valued, and holds especially for individualistic people. Under some conditions, death may not only be the inspiration of philosophy, but of creativity as well.”

The study was co-authored by Bernard A. Nijstad and Carsten K. W. De Dreu.