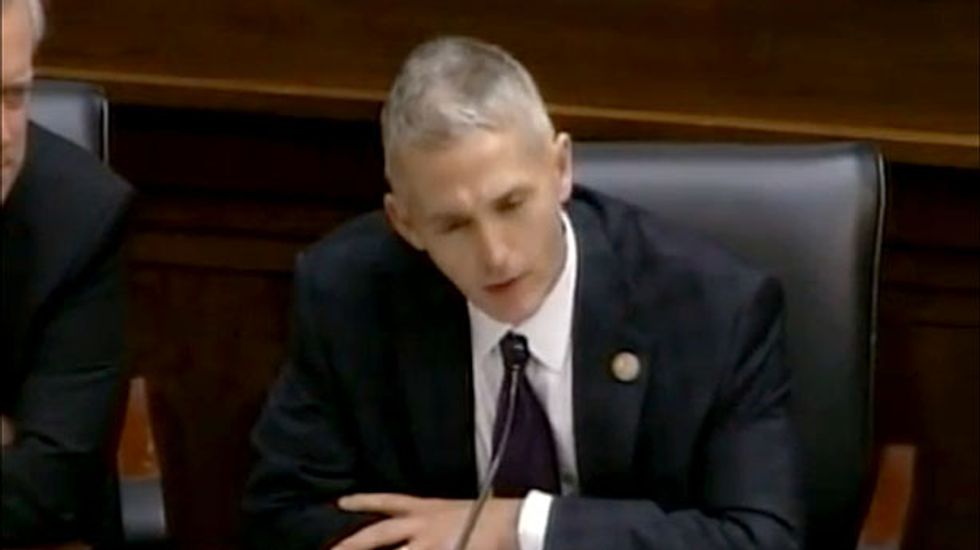 For nearly six minutes on Wednesday morning, Rep. Trey Gowdy (R-SC) angrily berated the head of the National Park Service for closing down parks and memorials in Washington, D.C.

During a joint committee hearing, the Republican congressman asked NPS Director Jonathan Jarvis why protesters associated with Occupy Wall Street were allowed to camp in McPherson Square in 2011 but World War II veterans were not allowed to visit open-air monuments amid the government shutdown.

Jarvis told Gowdy that D.C. parks and memorials must close during a shutdown under the Anti-deficiency Act, which prohibits federal employees from spending money that has not been authorized by Congress.

But Gowdy continued to ask for a specific statute that required the government to close memorials during a government shutdown.

National parks closed during the Clinton-era shutdowns of 1995 and 1996. The parks also closed during a brief government shutdown in October 1990.

But the decision to put barricades around some parks and monuments has sparked partisan controversy.

Jarvis told the committee the barricades were put up to protect the sites. All but a dozen of the National Mall and Memorial Parks employees who normally watch over the areas have been furloughed, he explained.

But Republicans have alleged that Park Service officials put up the barricades to make the shutdown more painful and punish the GOP for their role in the current lapse in appropriations.