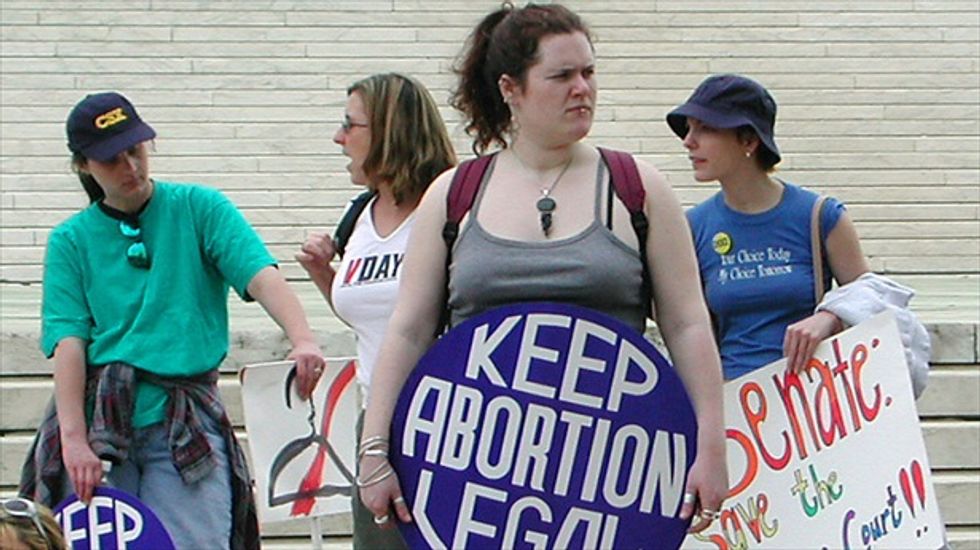 A panel of three Republican federal judges' ruling on Thursday means at least 12 Texas women's health clinics will not be allowed to offer abortion services, the Associated Press reported.

The judges from the 5th Circuit Court of Appeals ruled that a provision in the state law HB2 requiring doctors providing abortions to have admissions privileges at hospitals within a 30-mile radius. The decision reverses the part of federal District Judge Lee Yeakel's ruling from Monday concerning that provision.

The Planned Parenthood Foundation of America (PPFA) said in a statement Thursday evening that it planned to challenge the ruling.

"This restriction clearly violates Texas women's constitutional rights by drastically reducing access to safe and legal abortion statewide," PPFA president Cecile Richards was quoted as saying. "If Texans showed America one thing during the historic protests against this law this summer, we demonstrated that Texans value women's health -- and that is why we will take every step we can to protect the health of Texas women in the wake of this ruling."

While upholding the admissions requirement could increase the cost of an abortion and lead to a decrease in the amount of providers in the state, Owen wrote, Supreme Court precedent holds that "the incidental effect of making it more difficult or more expensive to procure an abortion cannot be enough" to strike it down.

"This unanimous decision is a vindication of the careful deliberation by the Texas Legislature to craft a law to protect the health and safety of Texas women," the AP quoted Abbott as saying in a statement.