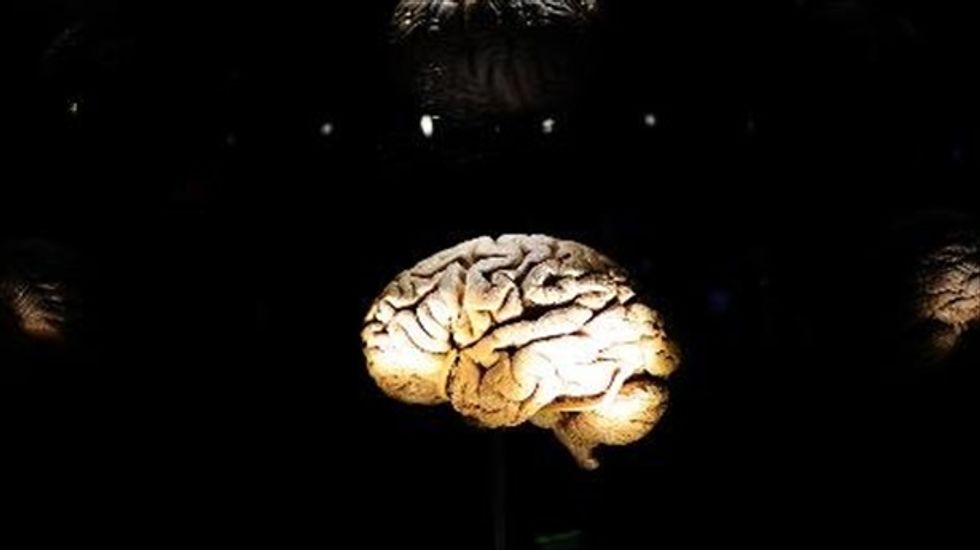 A view of an interactive display during a preview of 'Brain - The inside story' exhibition at the American Museum of Natural History in New York, Nov. 16, 2010. [AFP]

The problem is "very common," with a condition known as delirium affecting about three-quarters of those treated in the ICU and subsequent brain damage enduring for at least a year in up to one in three of them, said the study in the New England Journal of Medicine.

Many of these patients are left in a "private nightmare of their own," since the medical community is largely unaware of the phenomenon, said senior author Wes Ely, professor of medicine at Vanderbilt University in Nashville, Tennessee.

"What a dilemma we have in medicine, with this many people leaving our care with a form of brain injury, essentially, that was completely unsuspected by the average medical professional," Ely told AFP.

"We work so hard to help them survive, and we think that when they get off life support and they get out of shock that we have done our job and we can send them on their way," he said.

"These people may have survived, but they are leaving with an entirely new set of problems."

Their struggles were associated with the length of time the patients suffered from delirium, a confused mental state that commonly occurs in seriously ill patients.

Previous research has shown delirium may lead to brain atrophy by causing inflammation and killing neurons, though more study is needed to understand why and how it works.

Researchers also know that delirium is more likely to occur when higher amounts of drugs such as sedatives or painkillers are given to patients.

The study included 821 patients, of whom just six percent were believed to have some kind of cognitive impairment when entering the hospital.

The patients, ranging in age from 18 to 99 with an average age of 61, were rushed to intensive care for either a severe heart attack, respiratory failure or septic shock.

Delirium developed in 74 percent of patients while they were in the hospital and typically lasted about four days.

After a year, one in three patients scored similarly to people with traumatic brain injury on mental tests, while nearly one in four performed like people with Alzheimer's disease, regardless of their age.

The longer the period of delirium they had suffered in the hospital, the worse off they were mentally later on, according to the findings.

"What was really striking was that the 30- and 40-year-olds had just as many people in the traumatic brain injury range as the older people," said Ely.

He added that families with loved ones in the ICU should ask the doctors and nurses if they are monitoring for delirium.

"And can we have our mom as awake as possible? Keep her comfortable, treat her pain, but let's not have her receiving unneccessary amounts of these drugs," Ely said.

"We would rather have her awake than in a coma if we have the alternative."

Maggie Zellner, director of the Neuropsychoanalysis Foundation in New York, who was not involved with the study, described it as "significant."

?This study demonstrates that a range of conditions which reduce blood flow, oxygen, and other nutrients to the brain can lead to cognitive impairment," she said in an email to AFP.

"Any patient who has lived through intensive care should be offered psychological services following discharge."