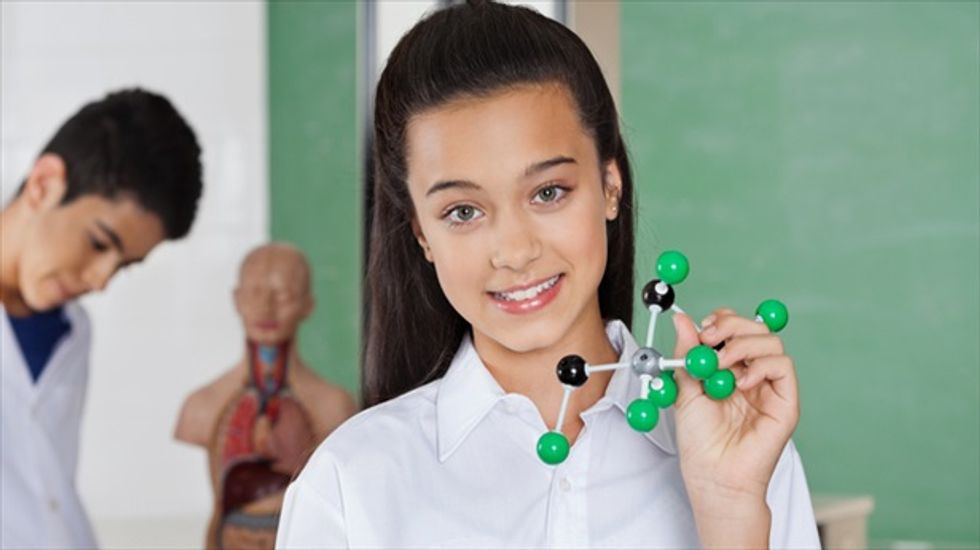 The more physically active they were, the better children performed in school, according to findings published online in the British Journal of Sports Medicine.

And "girls' science results seemed to benefit the most", said a press statement.

Physical activity has long been suspected to boost brainpower, but little scientific evidence has existed until now.

For the study, researchers from England, Scotland and the United States measured the level of physical activity among nearly 5,000 11-year-olds who wore a motion-reading "accelerometer" for a week.

Their academic performance in English, maths and science was then assessed at the ages of 11, 13, and 16.

Children who had been more physically active at 11 performed better in all three phases and all three subjects.

Every 17 minutes of exercise per day at the age of 11 led to an additional improvement in marks for boys, and 12 minutes per day for girls by the age of 16, said the findings.

The effect was noticeably large for girls in science classes.

"This is an important finding, especially in light of the current UK and European Commission policy aimed at increasing the number of females in science subjects," wrote the authors.

Worryingly, the researchers observed that aged 11, boys averaged 29 minutes of moderate-to-vigorous exercise per day and girls about 18 -- far lower than the recommended 60 minutes.

"Their findings prompt the authors to speculate on what might happen to academic performance if children increased the amount of moderate-to-vigorous physical activity they did to the recommended 60 minutes," said the statement.

The children had been recruited from a large-scale ongoing project called the Avon Longitudinal Study of Parents and Children (ALSPAC) in southwest England.

The scientists adjusted the results for factors that could influence the findings, like a child's birthweight, whether their mothers had smoked during pregnancy, weight and socioeconomic background.

Further research was needed to better understand how exercise results in improved marks, said the researchers.

"The findings have implications for public health and education policy by providing schools and parents with a potentially important stake in meaningful and sustained increases in physical activity," they wrote.