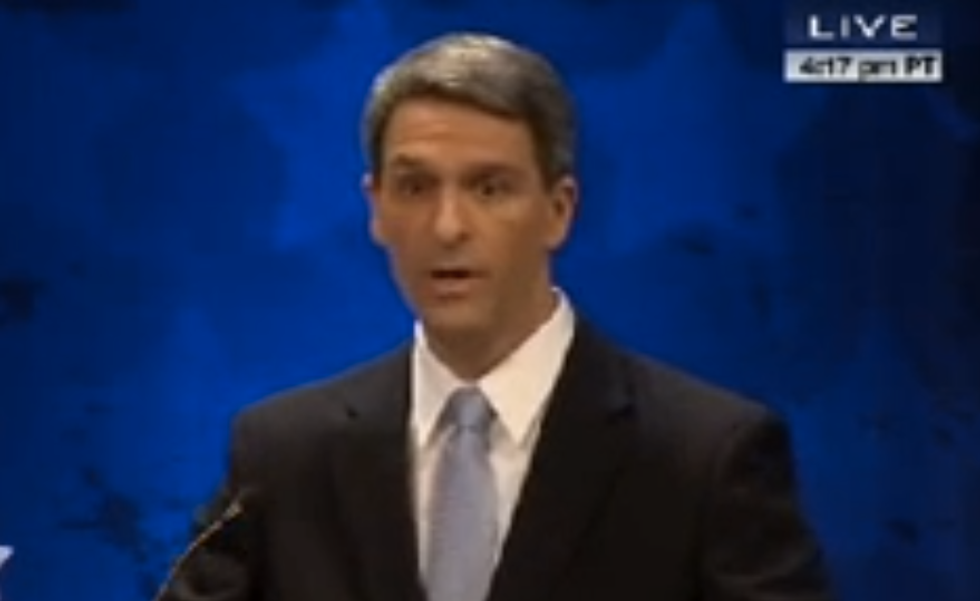 When Virginians consider the choice between hard-right conservative Attorney General Ken Cuccinelli and former Clinton staffer Terry McAuliffe, the Richmond Times-Dispatch has decided to go fishing instead. The headline says it all.

For context, Virginia's largest newspaper leans conservative. The Times-Dispatch endorsed George W. Bush, John McCain and Mitt Romney. Its editorial board backed the 2003 invasion of Iraq and a proposal for a flat income tax.

But the paper seems to have drawn a line with Cuccinelli. "The major-party candidates have earned the citizenry’s derision," the editorial board wrote. "This does not gladden us. Circumstance has brought us to this pass. This marks, we believe, the first time in modern Virginia that The Times-Dispatch has not endorsed a gubernatorial nominee."

The paper took issue with the change by Virginia to a convention nomination from primaries, which the editorial board described as rigging the process. "The switch mocked Cuccinelli’s advertised fealty to first principles. The expression of raw power would have delighted sachems of Tammany Hall."

Additionally, the paper noted when considering social issues like abortion that Cuccinelli "pursues his divisive agenda with a stridency that was unbecoming in an attorney general and would be unbecoming in a governor."

The conservative board unsurprisingly describes McAuliffe as possessed of "persistent debilities," but notes that he won the primary by default largely because of political gerrymandering leaving a weak field for Democratic up-and-comers.

While arguing that Libertarian candidate Robert Sarvis "lacks the experience the job demands," the editorial effectively endorses him. "A vote for him would not be wasted but would serve notice to Republicans and Democrats that the electorate rejects their surly antics. Citizens whose votes reflect their ideals do not throw away their ballots."

The paper has already endorsed the centrist Democrat Ralph Northam over conservative firebrand Republican E.W. Jackson in the lieutenant governor's race, apparently the first endorsement of a Democratic candidate for a statewide office since 1965. "E.W. Jackson, by contrast, lacks the experience, temperament and convictions appropriate to the office he seeks. His attacks on Democrats as “anti-God” and on gays and lesbians as “sick” and “perverted” are not merely insulting. They expose a Manicheanism that may delight a zealous core but would throw a wrench into the gears of state government, which require people of different views to work together."