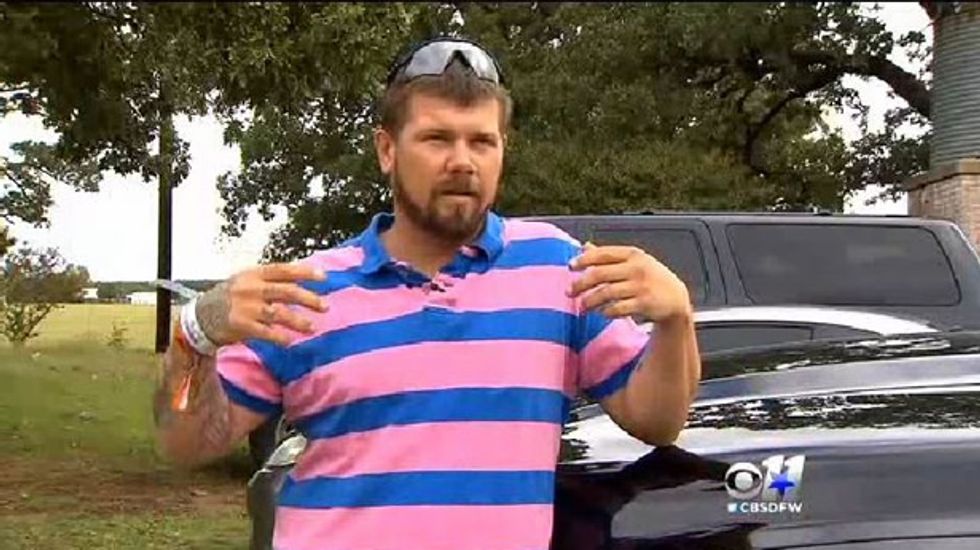 Casey Wagner, a Texas rodeo clown, was struck by lightning twice during the "Rednecks with Paychecks" event in Saint Jo this weekend.

When a storm hit the town, Wagner took cover beneath the tallest object he could find, a large tree.

Wagner told the Daily News that he couldn't move or walk after the strikes. "It was like death," he said. "It was the worst feeling I ever had in my life. You know when your arm falls asleep? My whole body feels that way."

Watch CBS-DFW's coverage of the incident below.