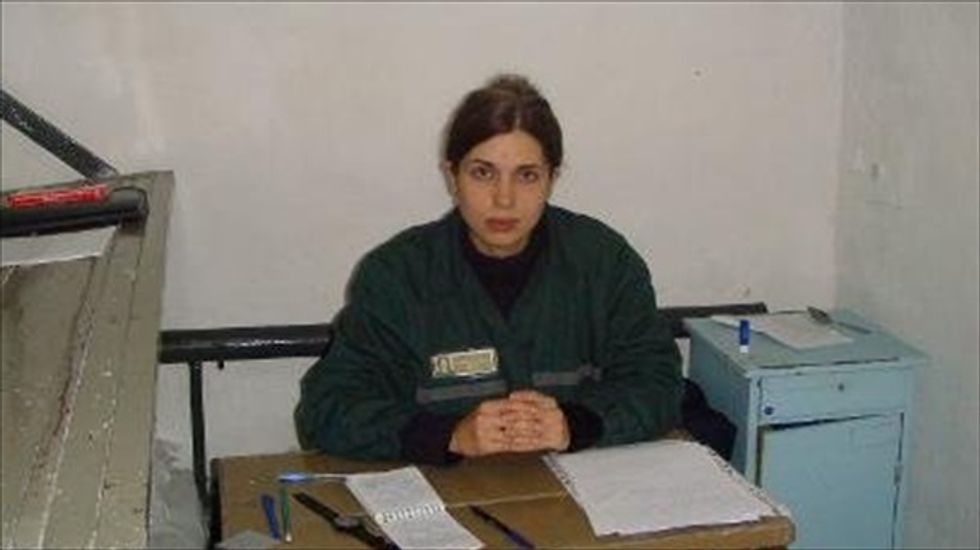 A Moscow court on Thursday stripped a news site of its licence for posting a raunchy video by female punks from the Pussy Riot band that has two of its members in jail.

The tough ruling sparked protests from both Russian reporters and a top global watchdog that warned of a further deterioration of media freedoms under President Vladimir Putin's 13-year rule.

The Rosbalt web-based news agency vowed to challenge the verdict in Russia's constitutional court and defiantly refused to shut down its site.

The Moscow city court sided with the Roskomnadzor state media watchdog's request to shut down Rosbalt for its alleged disregard for Russian media laws.

Roskomnadzor said the Pussy Riot video and another clip obtained by Rosbalt off YouTube contained foul language that could be heard by impressionable minors.

Two members of Pussy Riot are currently serving terms in penal colonies for staging a protest performance inside Moscow's main cathedral in February 2012.

They were convicted of hooliganism "motivated by religious hatred" and are not due for release until March. Several other members are still wanted by Moscow police.

The Pussy Riot video in question -- posted in July on the website of America's cult Rolling Stone magazine -- has seen since been removed by Rosbalt.

But the Rolling Stone version of the "Like A Red Prison" clip shows band members wearing their traditional balaclavas and tight neon dresses while protesting the Kremlin's political dependence on big oil firms.

One part of the video shows the punks climbing the roof of a petrol stationed operated by Russia's government-owned crude producer Rosneft.

Rosbalt argued that it was not responsible for the videos' content and that it bleeped out the offensive language as soon as state regulators voiced their concern.

Putin's spokesman Dmitry Peskov told Russian news agencies that "it would be wrong to say that the government is putting any sort of pressure" on the media.

But he added that it would be right "for the government to put pressure on media that break the law or use expletives".

The decision shocked many Russian reporters and drew the attention of the Reporters Without Borders (RSF) global media protection group.

"This grave decision sets an extremely dangerous precedent for freedom of information in Russia and we urge the judicial system to overturn it on appeal," RSF said in a statement.

And the Kremlin's own human rights council head Mikhail Fedotov said that "with all due respect for the court, unfortunately, I cannot agree with this decision."

The perilous state of freedom of speech in Russia has been under the spotlight ever since Putin first rose to power as prime minister in 1999.

Russia's main national television stations then quickly fell under the government's influence and began to bar Kremlin critics from airtime.

The Rosbalt website was founded in 2001 and now claims to have five million unique visitors a month.

Afinova said she did not view Rosbalt as an opposition news source.