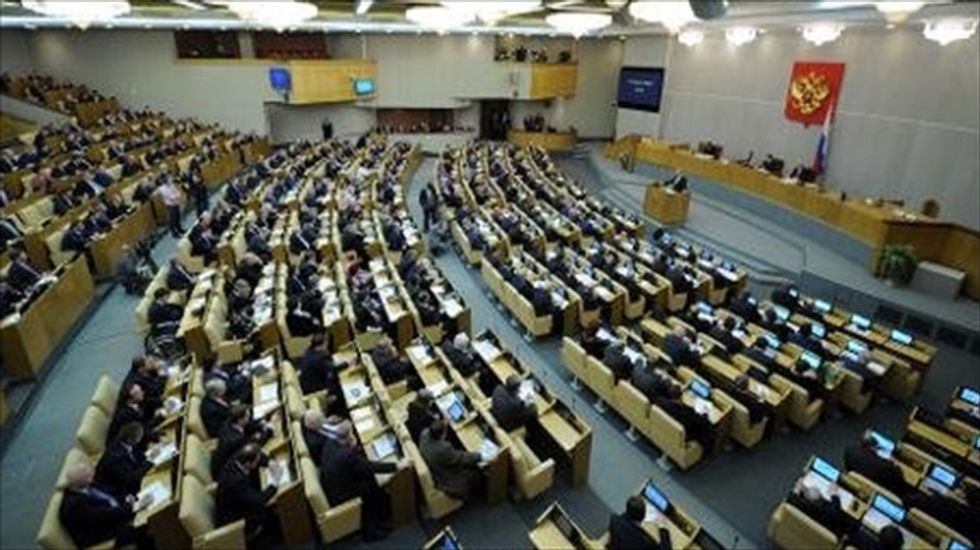 Russian lawmakers will in February debate a bill that could see homosexual couples lose custody of their children, parliamentary documents showed Wednesday.

The debate will likely coincide with the 2014 Winter Olympic Games in Sochi which have already been marred by boycott calls over Russia's controversial new anti-gay legislation.

The bill, published on the website of Russia's Duma lower house of parliament, says the state can strip parents of custody if they practise "non-traditional sexual relations," the term used in Russian laws to describe homosexual relations.

Russia's homosexual community has feared such a measure ever since President Vladimir Putin in June signed a "gay propaganda" law which sparked international condemnation.

In a note explaining the parenting bill, lawmakers said the proposed amendment to the family code was in line with the "propaganda" law.

"Harm to the child's psyche is great if one of the parents practises sexual contact with the same sex," the note says.

The author of the bill, Alexei Zhuravlyov of the United Russia ruling party, has cited a controversial study on gay parenting conducted in 2012 by conservative US professor Mark Regnerus.

However many peer reviews said its results were inconclusive.

Last month, when the Russian bill on parenting was first proposed, Regnerus himself criticised it as a "political project" that would harm children, in an article for US news website The Atlantic Wire.

In an interview with Slon.Ru last month, Zhuravlyov said that "exposing" homosexuals would be easy enough once their children were in school.

"Homosexuals should not bring up children," he said. "It brings more harm than an orphanage."

Russia does not allow gay marriage or civil partnerships. It has also banned adoption by gay couples from foreign countries.

The existing grounds for depriving parents of custody in Russia include chronic alcoholism, abuse and abandonment. The decision to move a child out of the family and into a children's home is taken by a court.