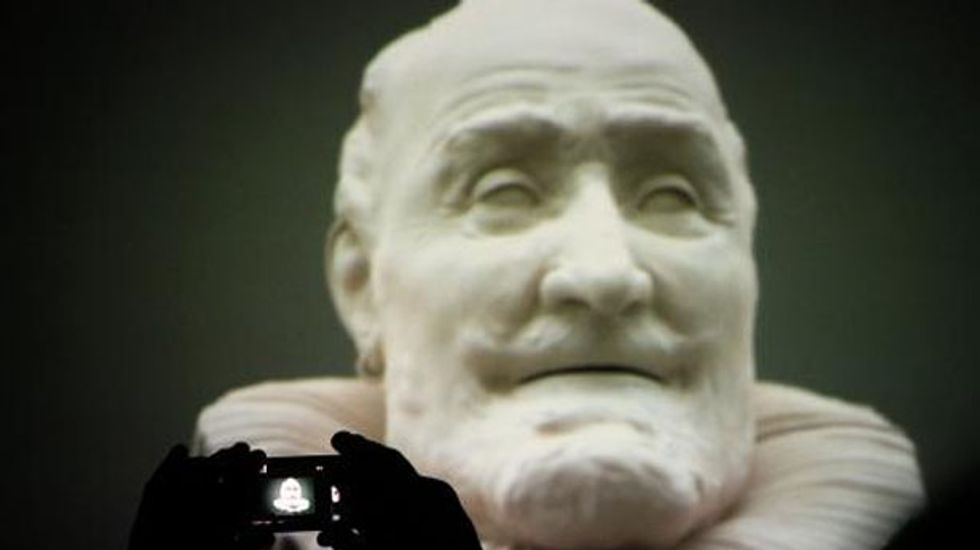 A DNA analysis of three living relatives of the Bourbon kings found no link with genetic traces from the grisly souvenirs, according to a study in the European Journal of Human Genetics.

"It is not the blood of Louis XVI," co-author Jean-Jacques Cassiman, a Belgian geneticist, told AFP of the handkerchief allegedly dipped in the blood of the king guillotined by revolutionaries in Paris on January 21, 1793, and kept in an ornately-decorated calabash since then.

This also broke the genetic link drawn by other researchers between the bloody rag and a mummified head said to belong to Louis' 16th century predecessor Henri IV -- assassinated at the age of 57 by a Catholic fanatic in 1610.

The revolution in which Louis and queen Marie-Antoinette lost their heads in public executions, also saw mobs ransack the royal chapel at Saint-Denis, north of Paris -- hauling ancient monarchs like Henri from their tombs and mutilating the remains which they tossed into pits.

An individual was recorded to have rescued a severed head, long thought to belong to Henri, from the chaos.

The head changed hands several times over the next two centuries, bought and sold at auction or kept in private collections.

In 2010, a team of scientists said they had found proof that the head was indeed Henri's -- citing physical features that matched 16th century portraits of the king as well as data from radiocarbon dating, 3D scanning and X-rays.

However, the team led by French forensic pathologist Philippe Charlier found no DNA and the findings were contested.

Last year, Charlier and Spanish palaeogeneticist Carles Lalueza-Fox published another study which claimed to have found a DNA link between the head and the bloody handkerchief, which had been kept in a gourd adorned with portraits of revolutionary heroes and the text: "On January 21, Maximilien Bourdaloue dipped his handkerchief in the blood of Louis XVI after his decapitation".

The dried squash had been in the private hands of an Italian family for more than a century.

Three years ago, analysis of DNA taken from traces found inside the ornate vegetable revealed a likely match for someone of Louis' description.

But not having the DNA of any kingly relation, researchers could not prove beyond doubt that the blood belonged to Louis -- until Charlier and Lalueza-Fox announced last year they had managed to salvage some genetic material from the head and show a genetic link between two men separated by seven generations.

The new study challenges that finding.

Cassiman and his team tested the DNA of three Bourbon descendants of Henri IV's son Louis XIII, who lived from 1601 to 1643.

"Sixte-Henri, Axel and Joao have the same Y chromosome", replicated through the male line from Louis XIII downward, said Cassiman.

This "true" Bourbon variant did not match the DNA found in the two relics.

Charlier responded that drawing up a Bourbon genetic family tree is fraught, given uncertainty about the paternity of several kings.

He said his own study had found 23 "morphological arguments," both anthropological and historical, "to allow authentication of the head as belonging to Henri IV beyond reasonable doubt" -- which had in turn allowed drawing a genetic link with the blood.