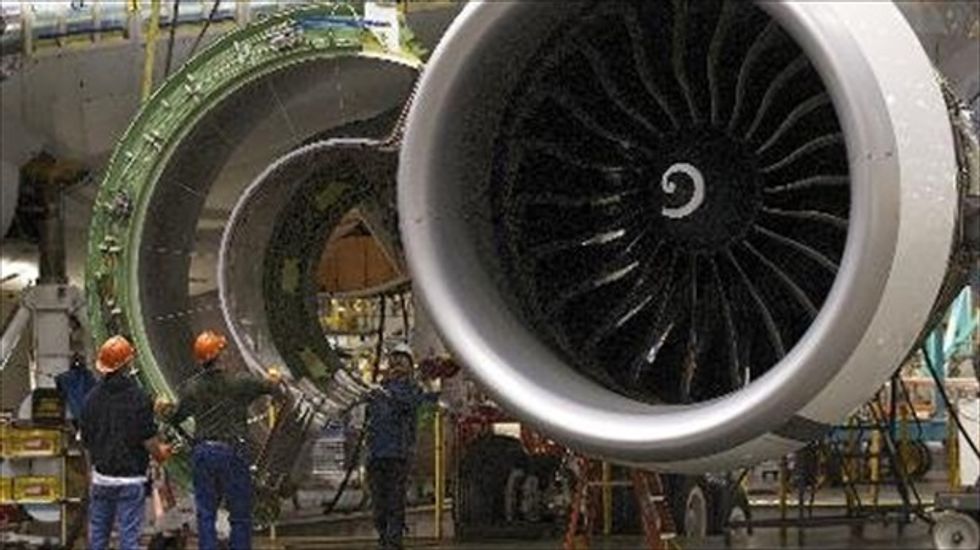 Boeing said Wednesday it would design its new 777X aircraft at five US sites and in Moscow but had made no decision about using its key Washington state facilities.

"BCA will utilize these engineering design centers, as well as engineers from non-BCA sites, to design the 777X," he said.

"At this time, no decisions have been made about 777X design or build in Puget Sound," the spokesman said, referring to the Seattle area, where Boeing has a large engineering presence. The 777 is built at its factory in Everett, Washington.

"Much of the detailed design" will be carried out by Boeing engineering teams in Charleston, South Carolina; Huntsville, Alabama; Long Beach, California; Philadelphia, Pennsylvania; and St. Louis, Missouri, the company told employees in an internal memo seen by AFP.

Boeing's design center in Moscow, Russia, will contribute to the design, it said.

"Our goal is to leverage skills from across the Boeing enterprise. A program of this size requires that we bring together all of the talent that Boeing has to offer," said the memo, signed by Michael Delaney, vice president of engineering, and Scott Fancher, vice president of airplane development.

The executives said that Boeing was "leveraging lessons learned" on the 787 and 747-8 programs to ensure continuity across the 777X program.

"The announced structure will allow for an efficient use of resources and enable Boeing to resolve design issues effectively the first time."

Birtel, Boeing's spokesman, said the spread-out strategy was key to meeting robust demand for commercial aircraft, the biggest portion of the aerospace and defense giant's business.

"This is the right step to take to add Boeing capability and capacity in engineering as the company scales up to meet unprecedented demand for commercial airplanes and services during the next 20 years," he said.

The 777X is Boeing's working name for its planned newest member of the 777 family. Lufthansa is the launch customer for the new airplane, Boeing announced on September 19, welcoming the German airline's selection of the 777-9X for its future long-haul fleet.

Boeing plans to launch the 777X family later this year, with entry into service expected around the end of the decade. The twin-engine aircraft's advanced technology will include new composite wings and new engines, and consume 20 percent less fuel than today's 777, according to the Chicago-based company.

This week Emirates Airlines said it was in talks with Boeing for a large order for the new airplane, according to a Financial Times report Monday.

"We are in a relatively advanced stage of commercial negotiations... I think whatever happens there will be a substantive order for the new 777," Tim Clark, Emirates chief executive, told the FT.

The British newspaper estimated that the fast-growing airline needed between 100-175 aircraft of the 777X which would represent an order exceeding $30 billion.