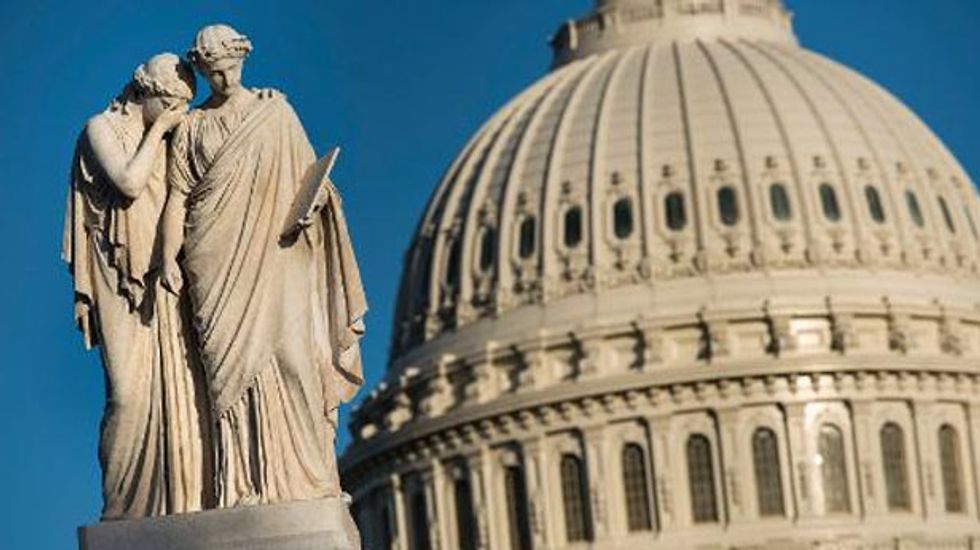 The US Senate on Tuesday rejected a House demand to negotiate a budget compromise aimed at ending the day-old government shutdown, leaving lawmakers envisioning no quick solution to the crisis.

After a series of back-and-forth bills yielded no progress Monday in the frantic hours before federal agencies began closing their doors and ordering hundreds of thousands of employees to stay home, the Senate voted along party lines again to block a budget measure from the Republican-led House.

The measure called for a conference so negotiators from both chambers could thrash out a temporary budget to fund government for the first several weeks of the new fiscal year, which began Tuesday.

But like the efforts of previous days, the Republican bill linked its budget proposal to delaying President Barack Obama's health care law, something Democratic Senate Majority Leader Harry Reid has repeatedly said would be a non-starter in the Senate.

Democrats insist they will not re-debate the merits of Obama's chief domestic legislative achievement behind closed doors.

They argue that the House should merely pass the Senate's clean, six-week funding measure and move on.

Paul told CNN he wanted a conference on Obamacare and the budget, and "I think keeping the government open while we negotiate is a good idea."

For others, a quick resolution appeared out of reach, even as criticism rained down on Congress for their inability to keep the government of the world's largest economy open for business.

"I don't think it'll move today," Republican Senator Tom Coburn acknowledged to reporters, saying the effects of the shutdown might have to bite deeper before lawmakers feel compelled to compromise.

"You have a little pain and get people to start talking," he added.

Senator Johnny Isakson, a Republican from Georgia, quipped: "The first test of the shutdown will be the senators eating lunch boxes as their Senate lunch instead of having the cafeteria serve them."

On Capitol Hill, furloughed congressional staff were given just four hours Tuesday to prepare for the shutdown. By noon (1600 GMT), their work cell phones were to be shut off.

Republican Senator Saxby Chambliss lamented that just four of his staff of 30 will remain on the job.